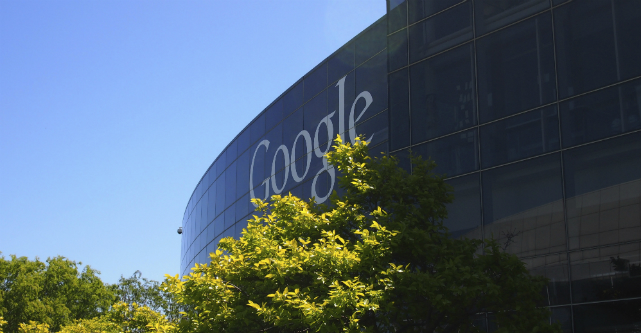 Google and Microsoft have a history of trying, and mostly failing, to be as good at hardware as they are in software. As Google announced new products, Microsoft was busy abandoning some of its own.

Microsoft doesn’t release sales figures for the device but according to IDC its quarterly sales don’t put it in the top 5 of vendors which means that it was selling relatively few units and unlikely to be profitable.

Microsoft has all but given up on smartphones, exiting this business after releasing what looks like its final phone, the Lumia 650. Although there is the potential for a rumoured “Surface Phone”, it seems hard to believe that this would be any more successful than its previous attempts.

Google on the other hand was this week announcing its own new phones, the Pixel and the Pixel XL. Technically, it is not Google manufacturing the phones. They are actually made by HTC but Google has been responsible for the entire design and only Google’s branding features on the devices.

The motivation for both Google and Microsoft to produce their own hardware is an attempt to get the same type of control and advantages that Apple has in being able to coordinate both hardware and software to the benefit of the entire Apple ecosystem.

Google has struggled to get Android phone manufacturers to keep pace with releases of its latest versions of the Android operating system. The latest version of Android, Nougat, is only operating on fewer than 0.1% of Android devices. Apple’s iOS 10 was running on 55.9% of Apple devices in the same timeframe.

However good Google’s phones are, it is unlikely that Google’s brand is going be enough of a reason for customers to choose a Pixel phone over Samsung’s latest smartphone, the Galaxy S7 for example. It is not even in Google’s interests to be too aggressive in its competition with other vendors that use Android.

All of the technological companies appear to have their product strategies driven in large part by a “me too” attitude. In addition to Google’s announcement of new phones, it introduced the Google Home device, a wireless speaker product with personalised assistant that is a replica of Amazon’s Echo. The Echo has been out for two years already and is tied into its online store.

Another limitation of the Google Home device, and one that reflects Google’s motivations for the device, is that it is linked to a particular Google account. If the device is being used by different members of a family, it will not be able to use personalised information about the account in dealing with requests with anyone else than the owner of the account. Worse, its adaptive learning could be confused by different people interacting with the device.

Apple hasn’t come out with a specific “Google Home”, “Amazon Echo” style product. Instead, it has Apple Home which operates via an app on its mobile devices and uses Siri to interact with third party sensors and other smart things.

To a certain extent, because Siri on an iPhone will respond to a “Hey Siri” command even when it is locked and asleep, many of the things that can be done with an Echo or Google Home device can be done interacting with Siri on the phone. Amazon needs the Echo device because it’s own phone, like those of Microsoft and Google, didn’t prove popular.

A consequence of this type of “me too” driver for products by the tech companies is that consumers can end up with devices that never really develop in the way that the companies promised in their marketing and worse, the devices are often discontinued after a relatively short amount of time meaning that they become unsupported.

Whilst in principle it is good having competition for the same product types from the same companies, in practice, there is often not a big enough market to accommodate the same types of products with the same features and the same price points.

It is perhaps one very good reason that following each other blindly is never going to be a particularly good idea.