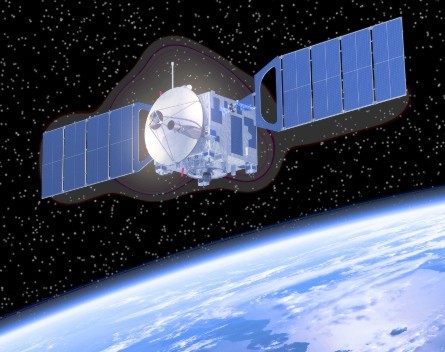 News that Google representatives are in talks with Richard Branson’s Virgin Galactic are seen as further evidence the web company is looking to set up a series of low-orbit satellites to help connect more people to the internet.

Reports earlier this month said Google was planning to spend more than US$1 billion on a network of 180 satellites to provide internet access from space.

Then Google revealed last week that it paid US$500 million for the satellite imaging company Skybox. It says the deal will give it access to better imaging technology for Google Maps, but it could also see it launch a new satellite network for delivering internet access.

Google is already experimenting with new ways to provide internet access in remote locations through its Project Loon, which began in New Zealand last year and uses antenna held aloft in balloons.

Access to digital networks and information are playing an increasingly important role as we move towards a more networked society.

The global population today is approximately 7.1 billion, yet only 2.4 billion people are connected to the internet. Over the next six years this is expected to double, reaching 5 billion in 2020.

It’s not just about the web

Significantly, internet users will not be the key source of growth. There is increasing demand coming from a range of devices, systems and infrastructure being connected to the internet – home security systems, personal health monitors, cars, trams, trains, smart meters for power, gas and water, traffic lights and offices, as well as public spaces and buildings.

As the internet is further industrialised the big technology companies are tapping into the growth in networked devices – usually referred to as the Internet of Things.

Currently, 16 billion devices such as smart phones, tablets, security systems and smart meters have a network connection. This will grow exponentially towards 50 billion in 2020.

There is a change in the focus of connectivity too – from individual people to houses, towns and cities.

Large information and communication technology (ICT) companies such as Google are driving this increase in global connectivity, as their biggest market growth opportunity lies in the areas of population that do not have internet access.

The World Economic Forum – which monitors the digital divide through its annual Networked Readiness Index – also sees the urgency in making the internet accessible to remote communities from the developing world. They are the people likely to benefit from substantial improvements in the quality of life through access to ICT.

Other players trying to connect the world

Google is not alone in this race. Facebook’s founder Mark Zuckerberg has also announced similar satellite plans to connect the unconnected, through the internet.org project.

There have been past attempts to increase internet connectivity via satellites, such as the Iridium Project by Motorolla, now Iridium Communications. Iridium provides satellite phone connectivity across the globe via a constellation of 66 satellites.

The service is limited by very low data rates – approximately 10kpbs – with costs of around A$1 to A$2 per minute of access.

Well ahead of its time, the Iridium project faced significant challenges with a range of technological issues as well as failing to effectively monetise the idea.

There were serious issues with the inter-satellite links needed to maintain the network, its handsets were bulky and its internet access plans were expensive. It remains largely an emergency communication tool and for infrequent access such as asset tracking in maritime/defence applications.

Iridium plans to launch a new satellite service, Iridium NEXT, delivering peak download rates of 1.5Mbs by 2017. We will have to wait to see if the second incarnation of Iridium can increase its subscriber base.

There have also been several other commercially yet-to-be-proven proposals that looked at high altitude long operation platforms making use of aircrafts and balloons to deliver similar broadband services.

These platforms use the millimetre-wave (30-300 gigahertz range) frequency bands (currently targeting around 28-33 gigahertz range) to deliver broadband wireless services to locations theoretically wherever access is required. But none have yet to offer a product to market.

Current satellite constellations are small (such as the 66 in Iridium) with each satellite often covering an area in excess of 1000km2. With limited bandwidth (often less than 100 megahertz available) to share between thousands of subscribers, individual subscribers get very low internet speeds.

Yet new services are emerging. The Federal Communications Commission in the United States has approved Globalstar’s request to use a frequency band adjacent to the WiFi frequency window to offer satellite based WiFi coverage.

Additionally, operators such as Intelsat and Inmarsat provide satellite internet connectivity across the globe.

The growth in connected people and things presents an expanding market opportunity. Google’s business relies on its users delivering information upon which it can target advertising. It appears to be pre-emptively meeting the projected demand in order to increase its services. Satellite technology has matured and is now able to provide increased access and throughput to users and devices.

In Australia, NBN Co offers broadband plans using existing satellites to about 3% of Australian population scattered around the massive landmass in areas with lower population density.

The company has been designing its own satellites, which will be launched soon to increase access to broadband in remote Australia.

But the project is facing major obstacles in terms of securing the highly regulated satellite launch rights. It is reported that NBN is in negotiation to secure a launch orbit spot.

Google is not confining its vision to satellites or balloons. Google Fiber also plans to offer fibre connections with greatly improved speeds (compared to that offered by NBN) in selected USA cities directly competing with traditional telcos such as AT&T.

This is driving innovation in the sector, with these new technologies providing possible options for the NBN to deliver broadband to cheaper and faster to remote Australian regions where wireline access to broadband may be difficult.

Google’s satellite play highlights its serious intention to move into the new converging world of computing and communications, driving further competition and changes in the communications sector in the near future.

Thas Ampalavanapillai Nirmalathas is currently the Director of Melbourne Accelerator Programs (MAP) which supports entrepreneurial activities of the University Community through business acceleration models. He is also an Associate Director for the Institute for the Broadband-Enabled Society.