Got spare bandwidth? This Australian start-up could help you trade it for a profit 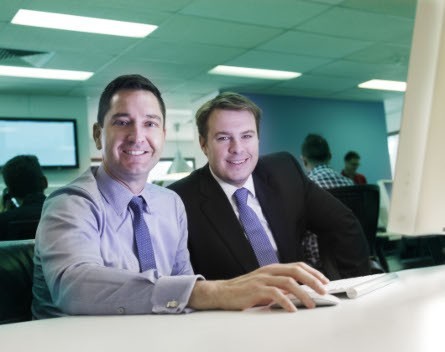 An Australian start-up aimed at allowing companies around the world to monetise their unused internet bandwidth by selling it to others that need it has launched this week.

Intabank allows owners of unused bandwidth to sell it and buyers to purchase the bandwidth to transfer significant amounts of data when required.

Co-founder and chief executive Andrew Sjoquist told StartupSmart the initiative was another step for companies’ increasingly savvy and efficient use of their digital assets.

“A lot of cloud customers are asking about how to optimise all of their IT assets. So many resources sit in the cloud and companies are keen to use all of them. The last bastion of that was bandwidth,” Sjoquist says. “They wanted their extra bandwidth to work for them.”

Intabank has been piloting the service with a financial trading company that only required its extensive bandwidth for daily trading windows from Monday to Friday, and a media company that only needed to use its full capacity to send high-resolution videos five to 10 times a week.

The idea came from the rise of cloud computing, which has changed the expectations of companies for their bandwidth and the models available for commodification.

“The commodification of bandwidth is not the key value proposition here, people have tried to do this in the past,” Sjoquist says. “But the traditional model has changed with the cloud capabilities. We saw a market for extending that same cloud concept across bandwidths and network.”

Intabank acts as a connecting service via 10 global data centres. Sellers offload their remnant capacity into a secure pool and customers purchase from this global pool as needed.

“Customers are purchasing from the pool, so traffic can be spread when someone’s buying capacity exceeds an individual provider’s capacity,” McGrath says, adding files will be securely sent.

“The traffic from point A to point B is encrypted and travelling via multiple paths, so it may actually be even more secure than existing options.”

McGrath says their expectations around demand have proven to be accurate so far. They’ve been struggling to respond to all the enquiries flowing in since launching this week.

“Buyers haven’t been an issue at this stage, but we understand that we need to develop that market place with as many different elements to make it as attractive as possible.”

Sjoquist says the plan is for the market to eventually set the price.

“What we know so far is on average buyers have seen a 50%-60% reduction of their digital costs and sellers getting 15%-20% return on their digital investment,” Sjoquist says.

Sjoquist and McGrath have bootstrapped the start-up so far, but will be pursuing series A funding in the coming months.

“The global scale is already there, and we’re just creating as much momentum as we can to create a platform that is really dynamic to create a range of economies but also flexibility around the commodity.”

The funding would go towards developing the self-serve interface for buyers and sellers.

Intabank has negotiated an agreement with a cloud computing company owned by Sjoquist to lease its global data infrastructure, but will need to develop its own assets within those branches as demand increases.

Sjoquist and McGrath are keen to stay based in Australia, but say this brings extra challenges.

“Australia is an interesting place for this kind of idea. If we were sitting in America in the middle of Silicon Valley, we could raise $10 million in the week. But it’s a different environment here with a different level of conservatism,” McGrath says.

“It’s a shame we’re losing a lot of tech companies to Silicon Valley. We need to start growing these companies within our own country.”