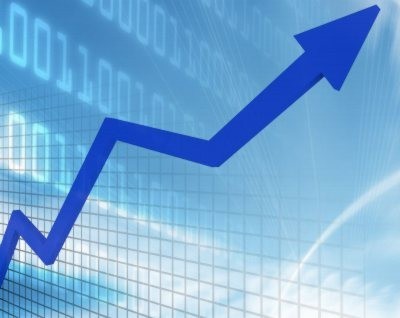 Beta rounds, where you get a small group of people to use your app as testers and provide feedback before you launch, are a fundamental part of smart start-up development.

But actually getting feedback from your testers is a challenge the start-up community needs to swap notes about, says Hello Code co-founder Beth Belle Cooper.

“The big thing that surprised me about the beta round was it was so much harder to get feedback than I thought it would be. I hadn’t heard this issue talked about how much you need to follow up, so it’s been a learning curve,” Cooper told StartupSmart.

Hello Code’s first product, web app Exist, connects data sourced from other digital devices such as sleep cycles and step counts and turns the aggregated information into trends and actionable insights to improve your health, is currently in a private beta round with 22 users.

“We want to hear from everyone who is interested and use their insights wisely,” Cooper says, adding feedback has been instrumental in their six-month development journey so far, including a breakthrough during an interview with the Startmate accelerator program.

“The big thing we learned then was the original idea was too broad. We’re so excited about the long term vision of combining all different kinds of quantified self-data that it was massive and unruly. We had to choose an area to focus on so we could prove the value before we scale,” Cooper says.

They have over 1600 people on their waiting list, and plan to launch a public beta round within the month.

As soon as someone signs up for updates on the app, they’re sent an email from Cooper or co-founder Josh Sharp welcoming them.

“Every time someone signs onto our waiting list, and it always includes a question to start a feedback loop and conversation going from the beginning,” Cooper says.

They stay in regular contact with their testers, emailing them every time there is a new update or feature, and always including questions and asking for feedback. But Cooper says this didn’t work as effectively as they hoped.

“We found the best thing was to chase them up personally when they do something with the app that we found interesting. It was direct and personal and specific, so they were more likely to respond,” Cooper says.

The other tactic that has worked for the team is catching their users on Twitter.

They discovered the most effective content for social sharing was Cooper and Sharp’s own insights, because these provided an example and direct connection for users.

“Sharing how we personally use the products ourselves created the most responses, both from on lookers and users. If we share a screenshot, or how we’re using it, that’s where people jump in. Examples of how it can be useful can be seems the most powerful tactic for sparking conversations,” Cooper says.

After the public beta round, Cooper plans to use what they’ve learned to identify the best product market fit within six months.

“Once we know we’re on the right track, and which parts our users actually use, what they like and what we can skip, we’ll start scaling the app out to include other kinds of data,” Cooper says, adding they focused on health because of greater customer awareness.

“It’ll be super helpful for lifestyle and finances, but nothing like it exists in those spaces yet. But people have devices that measure health data, so it’s more of an extension of what exists so there are communities of people who get it. Once we’ve done that we can broaden it into other areas.”