How do Labor and the Coalition differ on NBN policy? 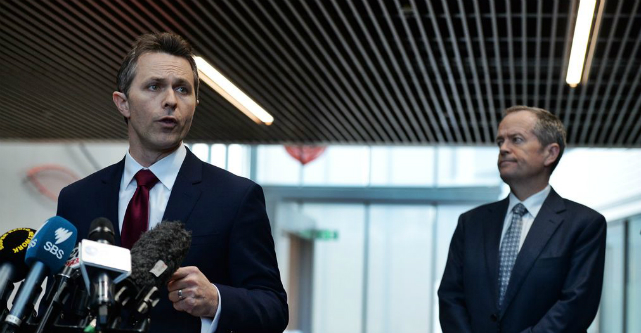 As hinted in earlier announcements by Shadow Communications Minister, Jason Clare, Labor’s much-anticipated policy for the National Broadband Network released Monday commits the party – if elected – to move away from the Coalition’s fibre to the node (FTTN) network and transition back to a roll-out of fibre to the premises (FTTP). This was the central pillar of Labor’s original NBN.

The FTTN roll-out will be phased out as soon as current design and construction contracts are completed.

This is a major shift away from the Coalition’s focus on FTTN technologies, which was a key part of their election platform in 2013. After a number of delays, FTTN equipment is now being rolled out around Australia.

Labor will continue with the Coalition’s plans to deliver NBN services on upgraded versions of Telstra and Optus’ hybrid fibre coax (HFC) infrastructure. No doubt Labor would like to move away from HFC, but the contracts for the HFC network are already signed, and it is probably too late to remove HFC from the NBN.

Apart from a commitment to deliver FTTP rather than satellite services to western Tasmania, there are no significant changes to the fixed wireless and satellite parts of the network.

Labor forecasts that its revamped NBN will be completed by June 2022, with FTTP being available to 2 million more homes and businesses than would have been the case under the Coalition’s current plans. At the completion of Labor’s NBN rollout, approximately 39% or around 5 million homes and businesses will have access to FTTP, compared to 20%, or 2.5 million, under the Coalition.

A 39% FTTP coverage is considerably less than the 93% target in Labor’s original NBN plan. But in a significant longer-term policy initiative, Labor has promised to commission Infrastructure Australia to develop a plan to upgrade the 2.5 million premises served by FTTN to FTTP. This will mean that all fixed-line connections in Australia will eventually be either FTTP or HFC.

Labor’s new policy recognises the possibility that new fibre-to-the-distribution-point (FTTdP) technologies might become attractive in the future, but has reserved judgement on FTTdP until the technology is more mature. NBN Co is already looking at this technology.

Significantly, FTTdP is compatible with FTTP and offers a straightforward upgrade path to FTTP.

Labor has pointed out that NBN Co has an in-house FTTP design and construction capability as well as the IT systems necessary to manage FTTP. In addition, legal agreements in place with Telstra to provide access to Telstra’s ducts and pits.

In fact, in recent months, NBN Co has been rolling out FTTP (including fibre to the basement in multi-dwelling units) at a rate of about 10,000 premises per week. This has been underway at a time when NBN Co has been focusing on ramping up its FTTN and HFC rollout.

With a shift away from FTTN construction, and a shift of resources to FTTP design and installation, it is entirely feasible that NBN Co could double the rollout rate to around 20,000 premises per week. This would be more than enough to serve the 5 million premises targeted over the five-year time-frame of Labor’s roll-out plan.

Labor has not published a detailed budget for its NBN plan. But the total estimated cost ($49 billion to $57 billion compared to the Coalition’s budget of $46 billion to $56 billion) appears to be plausible.

There are a few key factors that support this:

Many critics have highlighted the severe limitations of the Coalition’s slow-speed FTTN network and its relative inability to drive digital innovation.

The pace of FTTP roll-outs around the globe is increasing as other countries recognise the critical importance of super-fast broadband to economic growth.

AT&T, a major United States telco has essentially stopped constructing FTTN networks, and has announced a major increase in FTTP deployments in response to customer demands for higher speed.

In Australia, the Coalition’s FTTN exacerbates the “digital divide”, the gap between broadband haves and have-nots. Here’s how.

The NBN has been a key issue in the past two elections, so will Labor’s new policy be a vote winner? The policy to move back to FTTP provides a clear differentiation from the Coalition’s FTTN-centric strategy.

Many Australians recognise the importance of super-fast broadband as a driver of innovation in the digital economy, and will no doubt think of this on July 2.

Rod Tucker is a laureate emeritus professor at the University of Melbourne.