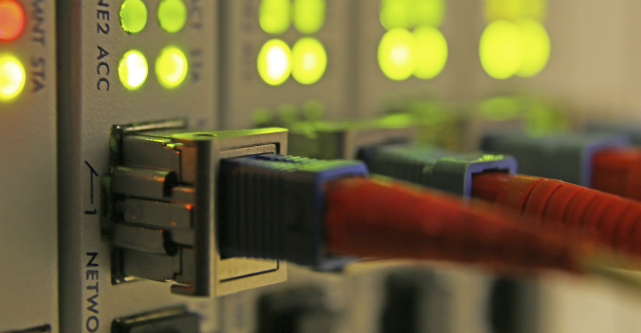 But Google recently announced the development of high-speed wireless internet connections, which raises the question of which technology is the best for any future broadband network.

The technology options for deploying broadband in Australia have reflected political thinking and been heavily influenced by changes in federal government. Broadband technology also keeps improving and the continuing debate about choice of technology is hindering effective investment.

The current option for the NBN is a multi-technology mix (MTM). This approach emerged after a strategic review of the project undertaken by the Abbott-Turnbull Government.

But Google’s wireless plan adds fuel to the ongoing debate about whether cable connections will soon be obsolete?

The NBN’s original choice of fibre to the premises (FTTP) remains not only the most future proof against rapid changes in technological evolution but also offers the highest speeds of connectivity and lowest delay (latency).

Low latency is very important for the smooth operation of any interactive application. In fact, telecommunications networks rely on optical fibre and the closer that the fibre can get to end user, the better the performance.

Hence, the debate has centred around how best to connect users to fibre over the last few kilometres.

NBN Co is interested in the HFC cable sourced from Telstra and Optus as it has an installed fibre network base within 10km of the subscribers who are connected by a copper-based coaxial cable. This has greater capacity than the standard twisted copper pair phone lines.

If NBN Co can bring fibre close to a network termination point and then utilise the existing copper based telephone lines, there are new technologies that can push the speeds of connection in the short term to that comparable to fibre.

But their upgradability is low and the last few kilometres of copper as well as the terminal equipment will need to be replaced with optical fibre or other improved technologies in the future.

Even the broadband wireless options being considered by Google rely on a wireless access point located close to the users. That is almost guaranteed to be connected by the optical fibre.

But these cannot offer high bandwidth, as it will be shared by a larger number of users. They would also be significantly limited by the excessive delay caused by getting the signal to space and back again.

There is no one ideal solution, but it depends on the population density. Satellites and other space-based platforms provide universal coverage over the Earth’s surface with reasonable bandwidth in a shared manner. But the delay would be a problem when it comes to highly interactive applications involving audio, video or real-time interactions.

It is ideally suited for hard-to-reach places as well as for providing universal coverage of basic broadband to sparsely located populations.

Alternative wireless technologies, such as those being considered by Google, provide rapid deployment at a lower cost. But they also have a compromise in terms of upgradability.

Similarly, all other hybrid options such as fibre to the node (FTTN), fibre to the building (FTTB), fibre to the distribution point (FTTdP) and HFC provide low-cost activation options while deferring the upgrade costs to a future date.

These are options that network operators have when they are making decisions about investing their capital to expand the network, and shorten the time to bring services to market.

Will the looming election cause a further change in the NBN policy?

Rethinks based on political ideology has already caused significant delays and uncertainty regarding the project.

What’s needed is bipartisan commitment to accelerating NBN deployment along with modernising the infrastructure in the core network that will have to support increased access to broadband.

Internet Australia, the body representing internet users, is calling for bipartisan support for any NBN strategy. But it notes that Australia has dropped from 30th to 60th in global rankings for average internet speeds.

So it wants bipartisan support to drop the current MTM strategy in favour to adopting at least fibre to the distribution point, although it says fibre to the premises would be the “ultimate goal”.