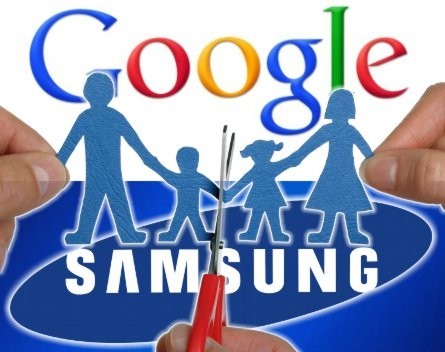 A long, long time ago, in a galaxy (or should that be a Galaxy) far, far away, a brilliant marketer named Steve Jobs made a small fortune selling a mobile phone.

Jobs’ phone looked suspiciously like a hybrid of the 2004 Neonode (with its full-screen touchscreen and swipe-to-unlock feature) and the LG Prada from 2006. Nokia also won a patent dispute against Apple over its new device (apparently it looked a little like a Nokia N800 as well).

(As an aside, the next time an Apple fan starts talking about how innovative the iPhone was, pull out a Neonode and see what their response is!)

Anyway, against the complacency of existing smartphone makers Nokia, Microsoft and BlackBerry (then known as Research in Motion), the Apple iPhone was released in 2007 and sold by the shipload. A bunch of companies looked at an overcrowded market and said “me too!”

One of these companies was a mobile app and services giant called Google. It soon paid a bunch of money to a tech entrepreneur named Andy Rubin, who at the time was working on an operating system to power a touchscreen-based follow-up to his Danger Hiptop. The software he was working on was called Android.

Meanwhile, over in South Korea, a manufacturer of reasonably priced whitegoods and televisions called Samsung was keen to jump on the bandwagon too. While it had been making mobile phones since 1988, its best known contribution to the mobile industry was a lawsuit in which it tried to claim the Samsung BlackJack was not, in fact, a rip-off of the Research in Motion BlackBerry.

However, Samsung had everything it needed to build its own iPhone – literally. It supplied Apple with the batteries, displays, memory chips and CPUs that were used in the iPhone. It had everything – that is – except for a compelling reason for someone to buy one.

So Google had a smartphone, a bunch of mobile services (including Google Maps, Gmail, and YouTube) and mobile apps, but no actual phone. Samsung had a bunch of phones, but no compelling operating system, apps or mobile services. It was a match made in business heaven.

Their partnership quickly blossomed. Largely off the back of Samsung’s Galaxy smartphones, Android claimed 75% of the worldwide smartphone market and 69.4% in Australia, while Samsung became the world’s largest smartphone manufacturer by marketshare.

But like any great relationship, tensions soon emerged. First, Google began designing its own ‘Nexus’ series of smartphones and tablets, licensing the designs to its business partners – an innocent first step into the world of smartphone design.

Meanwhile, Samsung began rolling out its own online services – such as Music Hub and Game Hub – in competition with Google products like Google Play. Then it began developing its own Android-compatible smartphone operating system, called Tizen.

Before long, Samsung and Google were regularly denying tensions were growing in their relationship. But the fact remains: Google, through Motorola, now builds its own smartphones in competition with Samsung. Samsung, through Tizen and its mobile apps, now has a compelling operating system, apps and mobile services in competition with Google.

In the latest slap-in-the-face to Google, Samsung is paying developers $US4 million to create apps that won’t work on Android, but will work on Tizen as part of a new competition called the Tizen App Challenge.

Now, whether the bond of mutual dependency between Google and Samsung ends up in the divorce courts is yet to be seen. But at this point few will be too surprised if the Galaxy S5 accidentally gets loaded with Tizen instead of Android.

A new platform can mean new opportunities for small-time app developers. By which I mean you.

If you’re already coding mobile apps, and you find yourself with some spare time on your hands, it could be worth playing around with the Tizen development kit. If it flops, you’ll be the coder with the best chess app in a sparsely filled app store.

Meanwhile, if these two giants of the smartphone world file for divorce, you’ll be well positioned to cash in.