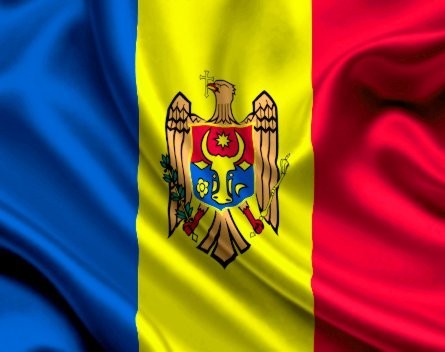 As the Australian start-up ecosystem takes off, strong links are being forged between entrepreneurs all over the world.

A particularly strong one has been realised with a website and mobile developer from the small eastern European country of Moldova, long involved remotely in the Melbourne tech scene, arriving in Australia for the first time.

For the past seven years, Moldovan developer and now-entrepreneur Vasilii Racovitsa has worked with over 25 Australian start-ups including Rentoid, Sportsgeek, Haul, and The Meadow.

“This kind of work is deleting all the limits of countries and between different kinds of companies. It’s very exciting to work from Moldova with Australians, all the way over here,” Racovitsa told StartupSmart. “Development is always interaction between people, and improving yourself and learning new technologies that evolve really fast.”

He is in Melbourne for the first time as he negotiates a multimillion dollar contract with an international non-profit organisation based in Australia. He’s also working with Buzinga Apps, a fast growing app development company based in Melbourne that’s set up a team of developers in Moldova, which he’s managing.

Sammartino hired Racovitsa seven years ago to build the platform of Rentoid, a peer-to-peer marketplace for short-term loans.

“Before that I didn’t know much about Australia, only that it existed,” Racovitsa says, adding they continued to work together on a range of projects over the next couple of years.

“When we started our collaboration, it was more like a client and developer situation so we didn’t go into much detail ourselves, just work. After some time passed we started to communicate more. I really enjoyed communicating with him, it was really easy for me because he’s such an open person,” Racovitsa.

Sammartino says Racovitsa’s attention to detail and deadline made him an outstanding developer. He found himself constantly recommending him to start-ups struggling to hire affordable developers.

The influx of Australian clients encouraged Racovitsa to start his own company six years ago.

“I was not happy with the fees and the way the collaboration went through on oDesk. It was my personal attitude about how this kind of work should be done,” Racovitsa says. “I was developing all my life, since I was seven and I saw my first computer.”

The growth of the Australian start-up scene over the past five years has meant Racovitsa has relied on word of mouth for clients, and doesn’t have a website.

“I think if you do your job really good within the time and budget, clients will find you. And they have, lots of Australians have,” Racovitsa says. “I haven’t had time to make my own website. As a developer, my personal site would have to be the best one. You can’t have one that’s normal. But I don’t have time so I don’t have one.”

After struggling to finish a project on deadline to the standard he wanted, Racovitsa brought on his first team member five years ago. The company has now grown to seven full-time staff, with an increasing network of freelancers and contractors in Moldova.

“There are many good developers in Moldova, so we can always find the people we need. Development is very popular in Moldova. This is because salaries are quite a bit higher in development than most other jobs here, and there is a new generation who were born when the internet was already here,” Racovitsa says.

Racovitsa no longer does any of the development himself and he’s in the middle of pivoting his company to focus on mobile development.

“I am mostly managing and making system analysis across the company now,” Racovitsa says.

“I really think that it’s important. Australia won’t be worse with more developers. There are a lot of countries that can provide these services much cheaper, but the goal is always to create requests for local developers and professionals,” Racovitsa says.