How to prepare to manufacture hardware: compliance testing 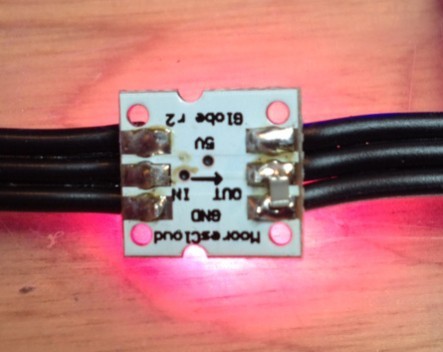 Drawing from our experience bringing Holiday by MooresCloud to market, this series covers the whole journey: concept to design, preparation for mass production, compliance testing, manufacturing, and what to do when things break down – because they will break down.

To purchase liability insurance – a necessary protection when selling products into market – a product must be able to show it complies with all regulatory and safety requirements.

Every nation has its own set of rules to which products must adhere. Products must be non-toxic (or, if toxic, clearly labelled as such), and the normal operation of a product must not put people into danger.

In order to ensure a product meets these criteria, it must be put through a compliance testing procedure.

Compliance testing can only be performed on manufactured units. A prototype unit, however complete, is not a candidate for compliance certification, because the compliance process is in effect certifying that the manufacturing process is repeatedly producing units that pass compliance tests.

In Australia, compliance is done through a self-certification model known as C-Tick. Rather than having a central certifying authority which holds registration for certified products, C-Tick requires manufacturers to maintain documentation indicating they have passed the required certification tests.

The choice of compliance testing facility can be vitally important. We asked one of our Chinese manufacturing partners to perform compliance testing for us, but grew increasingly concerned that the rigorousness of their testing procedures might not stand up to detailed scrutiny. Instead, we employed local talent at EMC Technologies, located in Sydney.

That turned out to be a wise decision. Having a facility close at hand helped us quickly work through our compliance issues.

Holiday by MooresCloud uses a power supply that comes with its own C-Tick certification, so we didn’t need to certify that component, and because Holiday consumes less than 15W of power, there are no statutory requirements around electrocution risk – the device simply doesn’t draw enough power to be a worry.

Our major compliance concerns centred on radio interference. Holiday has a seven metre wire – basically, an antenna – carrying high-frequency signals that drive its colour LEDs, as well as a CPU running at nearly half a gigahertz, and a USB Wi-Fi adapter on the 2.4 Ghz band. Holiday is noisy. And Holiday failed compliance tests.

The second time Holiday failed the compliance test, an RF compliance testing consultant was brought in to help us locate and fix the problematic areas in our design. It took only a few days – but it cost us.

Not only were these failures expensive – our total certification bill ran to over $7000 – they added significantly to our manufacturing costs. We had to purchase more expensive power supplies, because our original selection lacked the filtering necessary to keep signals from leaking out of Holiday and into household wiring.

We also had to add a tiny capacitor to each LED, to keep the radio interference on the string within regulatory limits.

That component had not been included on any of the 25,000 LED assemblies we had already manufactured. Instead, those capacitors would need to be added by hand, during the assembly process. Those two changes – both required for C-Tick compliance – added over $10 per unit in costs.

●     Get to a manufacturing run as quickly as possible, so you have units ready for compliance testing;

If we’d followed these steps, MooresCloud would have saved itself a bit of time and considerable money.

Next: what to do when things go wrong.