In the bitcoin fiasco, Reddit proves a more reliable source of crowdsourced analysis 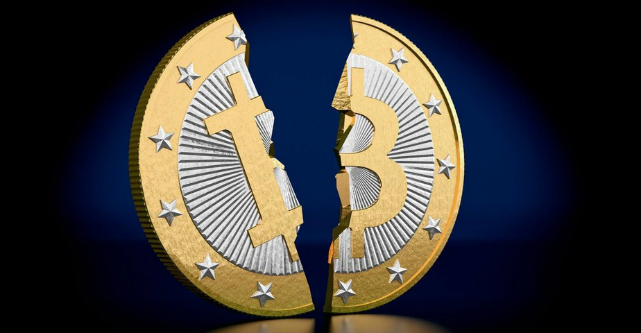 The world last week was treated to another episode in the saga of discovering the real identify of the person behind the creation of bitcoin. Australian, Craig Wright, announced to journalists and bitcoin “experts” that he was indeed Satoshi Nakamoto and that he had proof of this.

The whole event was managed through PR firms and non-disclosure agreements which should have given the “journalists” pause for thought, but they insisted they were relying on the opinion of the “experts”, Gavin Andresen and Jon Matonis.

After some of the “proof” provided by Wright started unravelling, Andresen at least started seeing the error of his ways when he admitted that it was wrong to come out and support Wright’s claim unequivocally. He stopped short of saying that Wright wasn’t Nakamoto.

Unfortunately, the bitcoin developers decided that Andresen had either been hacked when he announced his support for Wright, or was just showing “inexcusable incompetence” and revoked his access to the bitcoin software code. For the time being, it doesn’t look like he will be given that access back.

If there was anything positive to come out of the events of the past few months, it has been the demonstration of the effectiveness of discussion site Reddit as a tool for crowdsourced opinion and analysis.

It was Reddit user JoukeH who initially spotted that Wright’s public claim to have used a cryptographic key to digitally sign the text of a speech by Sartre was faked. He found that the series of numbers appeared elsewhere on the internet, something that should have been impossible if it was what Wright had claimed it to be. The full deconstruction of Wright’s public evidence for being Nakamoto was published later by security developer Dan Kaminsky leading him to conclude that Wright’s claims were fake.

Reddit users had from the outset shown scepticism over Wright’s claims and through a series of discussion threads on the bitcoin subreddit explored all of the possible motives, evidence and claims around Wright’s announcements.

User andreasma discussed the process by which he had been approached to be one of the people to “verify” Wright’s claims. He baulked at having to sign a non-disclosure agreement and to take part in a process that should have been entirely unnecessary if Wright had made believable proofs in public.

Another line of investigation by redditors examined the role of David Kleiman, a cryptography expert who had worked with Wright and who was alleged to also have been involved in the creation of Bitcoin.

The investigations haven’t finished with Wright’s sudden decision to not proceed with his proof of being Bitcoin’s inventor. Redditors are continuing to find, and disclose, evidence about Craig Wright’s other potential misdemeanours. A recent post details how Wright was alleged to have plagiarised extensively in a book that he authored called “The IT Regulatory and Standards Compliance Handbook”.

When the BBC decided to rely on the evidence of two people to make sense of claims in an area that they had no expertise, they made the assumption that these people were “experts” and so would be able to make a judgement one way or another about the weight of evidence that had been presented. There was nothing scientific in this process.

The whole basis was resting on the claim of one person and two people whose expertise was not in the area of the proof that Wright was offering. From a journalist’s perspective, they had a second confirmatory source and so that was all that was needed. Very little questioning or interrogation happened in this process. It went from PR firm to headline without much deliberation in between.

Reddit on the other hand, operates on the basis of a much larger set of evidence that is scrutinised by a larger number of people. Opinion can be still divided about the full significance of each piece of evidence, but taken as a whole, it makes a much more reliable picture of the truth behind an event such as last week’s press announcements. The user comment voting mechanism in Reddit adds to the ability of important aspects of a discussion to surface to the top.

Reddit users don’t always get it right. In the hunt for the Boston bombers, potential suspects were being suggested on Reddit with very little evidence.

This fact has not escaped redditors making claims in the case of Wright which shows at least that even they are aware of the potential pitfalls of crowdsourced intelligence.