Instagram to introduce ads to Australian users: How can your startup get on board? 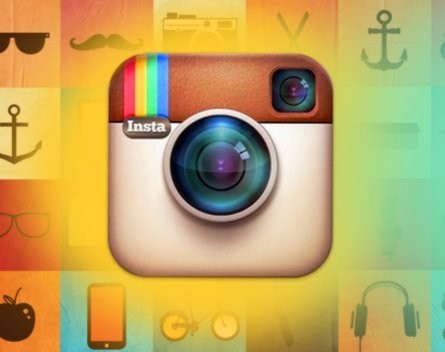 Photo-sharing app Instagram is set to roll out advertising to Australian users, after introducing ads into US users’ streams in November last year.

The Facebook-owned company said in a statement it will also be extending the changes to Canada and the United Kingdom later this year, and will attempt to ensure the ads will be “engaging and [feel] natural in people’s feeds”.

“We gave people the ability to provide feedback on ads so we could learn what people like – and didn’t like – and improve over time,” said Instagram.

“We will extend the same level of care and consideration as we introduce ads to our global community,” said the company.

Instagram has approximately 200 million monthly active users, 65% of whom live outside of the US, amounting to a very lucrative advertising pool for potential advertisers.

In the US, top brands like Levi’s, Nike and Ben & Jerry’s are currently advertising on Instagram, with the app dictating aesthetic rules with regards to what the brands can post.

Jim Squires, Instagram’s director of market operations, said the social media giant is only allowing advertising on the platform that follows “a culture that feels like Instagram”, according to Business Insider. This means no heavy filters, no text on images and no superimposed logos.

While smaller businesses may not be able to afford featured advertising on Instagram once it’s introduced, there is nothing stopping them from taking matters into their own hands by advertising their services through a profile on the app.

Hugh Stephens, a digital media and technology consultant at Dialogue Consulting, says small businesses looking to market themselves on Instagram must ensure their content is up to scratch.

“Use and engage in relevant hashtags,” says Stephens. “We see a lot of brands who will use a lot of the top hashtags on Instagram, #picoftheday and things like that, on what is essentially totally irrelevant content. I don’t think that’s particularly effective – they’re trying to trick people, essentially.”

“The primary purpose behind Instagram is to create unique and interesting content, so you need to be the kind of business that produces that content,” says Stephens. “If your business does not have that sort of capacity, then it’s probably not the right platform for you.”

Stephens says using Instagram as a marketing tool may seem like an attractive idea, but businesses need to be “realistic” when it comes to setting goals and objectives for the platform.

“Instagram is a heavily global platform, and a lot of brands get caught up in this idea of chasing follower numbers while ignoring that no matter what happens, if you’re a tiny café in Sydney, having millions of the followers in the UK and America will not give you any sort of outcome,” says Stephens.

“The objective shouldn’t be to have lots of followers, it should be to encourage customers to come and return,” he says.

In other Facebook-related news, the company accidently launched its Snapchat competitor Slingshot today – an application that lets users send photos and videos that disappear immediately after being viewed.

While the application was only online for a few hours before being taken down, the Verge reports the app features some slight differences to the wildly popular Snapchat.

Users of Slingshot will be required to send reply photos to friends before being able to view any received photos, and they will also be encouraged to send ‘reaction’ photos in real-time as they view received photos.

Slingshot is Facebook’s second attempt at an ephemeral messaging app. Its first attempt, an application called Poke, was released in 2012 and removed in May this year after user numbers allegedly dwindled.