Blockchain could challenge the accepted ways we shape and manage society 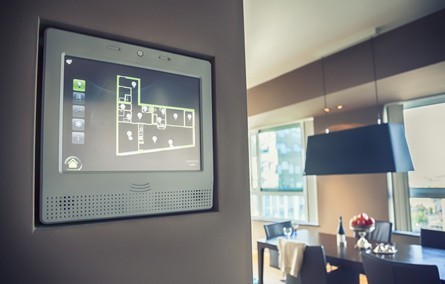 In only a few years, digital currency bitcoin has emerged from the shadows to become something debated by politicians and pondered by economists.

Now it is blockchain, the technology that makes bitcoin possible, that is having its moment in the sun.

What is the blockchain? In essence it is just a digital ledger – a means to record events that have taken place – but its design provides considerable advantages over other ways of recording transactions. The details of every transaction is stored cryptographically on the blockchain, a stream of linked data available online.

The entire blockchain is decentralised, with all those using it creating copies of the blockchain record. This one-version-but-many-copies approach removes the need for a centralised authority, such as a bank or legal body, which also provides protection from a single central point of failure. The blockchain is open and public, and practically impossible to alter a record once the block representing the transaction has been added.

The advantage of decentralisation

This removal of central authorities is seen as a holy grail by some. Using bitcoin in global transactions provides security at low cost, and banks are among those investigating how blockchain or distributed ledgers might replace their monolithic and increasingly dated hardware and software systems. But there has been little implementation of blockchain outside its use in cryptocurrencies like bitcoin.

Some companies have proposed using distributed ledgers as part of their supply chain. Everledger is a firm that records the properties and ownership of diamonds to reduce criminal use or fraud. Provenance is another company doing the same for those wishing to prove the authenticity or fairtrade credentials of their products to customers.

Blockchain provides new technical solutions to situations where trust and authenticity are important. But as with any technology there are positives and negatives – for example, bitcoin’s pseudo-anonymity suits its use by criminals. But in truth almost all crime takes place in the real world with real money: banks we trust pay fines for money laundering, and allegations of unauthorised payments have risen in various sports. Perhaps this most obvious dark side is not the one we should be concerned with.

Bitcoin’s founders share a distrust of central government’s role in manipulating the value of currencies, and the increasing willingness to use digital technology to interfere in the lives of their citizens, for example through mass surveillance. Nevertheless, governments have legitimate concerns and are democratically accountable.

Bitcoin on the other hand (although not the blockchain underlying it) is governed by a small group of developers and increasingly operated by a concentrated group of bitcoin miners who process the transactions’ computation in exchange for free bitcoin. While the ledger may be distributed, control of it is not. One established bitcoin developer has recently sold his bitcoin, calling it a “failed experiment”. This may be the death of bitcoin, or it may be the start of the revolution devouring its own children.

Put to practical use

Is the blockchain just a solution looking for a problem? Walport’s report attempted to describe how blockchain might become a solution, and how that could be encouraged and managed. Asked to join the report’s advisory panel, I argued that distributed ledgers could be the moment where the internet moves beyond news, entertainment and shopping and starts to do some heavy lifting.

Distributed online ledgers that spread the transactional costs across many points on the network could lead to a revolution in how the economy and society works. Previously, the industrial revolution and the railway and transport revolutions left institutions of society and government essentially intact. Blockchain challenges our existing mindset of how society is organised, and provides the bones of an alternative – for example one with many fewer layers of government and bureaucracy, and less control lying in commercial organisations.

The report recommends among other things that the government should use distributed ledgers to challenge the status quo, and work with new governance structures not against them by enhancing accountability at a local level, while reducing forms of centralised control. This fits a small government agenda espoused by some.

The exploration of distributed ledgers is likely to continue, regardless of any concerns about bitcoin’s success or failure or its potential use by criminals. What’s needed is to move the debate beyond techies, financiers and privacy advocates where it has stalled. The potential of blockchain to change society and how it is run should be a central theme of discussion: distributed ledgers could offer the sort of internet we want, controlled or distributed, centrally administered or community led. This debate should not just be the preserve of a small group of developers or those organisations already dominating the internet.

As essayist William Gibson pointed out: “The future is already here, it’s just unevenly distributed.” We need to find the ways and means to decide how better to distribute the benefits in today’s digitally-enhanced world.