Code Club helps teachers get with the program 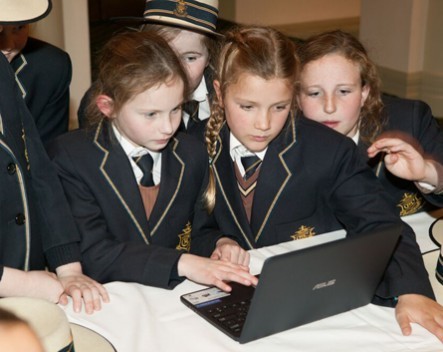 Teachers are the real heroes of the coding in school movement and need to be given more support, Code Club national program manager Kelly Tagalan says.

The not-for-profit group has already taught more than 5000 students the basics of coding through after-school classes, and now with coding being included in the new national curriculum, the group is turning its attention to helping the teachers embrace this change.

“Some of them have been teaching for 20 years and have been putting their heart into the profession, and this is a major change.

“The teachers are the heroes of the story. They’re the brave ones taking this on.”

The organisation is offering free coding classes for teachers across the country, and has already trained about 480 educators.

They aim to triple the number of teachers that have gone through the program next year.

Code Club has run programs in more than 200 schools in Australia, but Tagalan says it’s a very different process to actually teach the teachers.

“Teaching kids directly is more of a play. It’s a bit of fun with a lot of enthusiasm,” she says.

“Working with teachers, we’re looking at the bigger picture of how we fit this into the year-long plan for learning.”

Coding is become a prominent political issue this year, with Opposition Leader Bill Shorten signalling his focus on it during his 2015 budget reply.

Tagalan says it’s very positive that this issue now has a level of prominence, but it’s important that the right message is passed on.

“The biggest message we would like for everyone engaging with this conversation to understand is that coding is just a tool,” she says.

“The outcome we desire is to have stronger problem-solvers and computational thinkers to make for a stronger Australia.”

A stark lack of gender diversity is a huge problem with STEM education and jobs, Talagan says, and it’s important that teachers know how to address coding in order to make it accessible for all.

“We really help teachers to understand the importance of a gender neutral learning environment when teaching STEM,” she says.

“We have to be hyper aware of the language we use and the metrics we reward kids for performance on.

“To divide the class up and name a top boy and a top girl is in a passive way allowing boys and girls to compare each other rather than saying this is a community.”

Gender diversity has been a main focus of Code Club, and the program is now made up of 54% girls.

“Just about every time I return to a community I get teachers coming up and saying, ‘I’ve never known this quiet, reserved and shy girl to be such a superstar’,” Tagalan says.

“That used to be a unique outlier, and now it has become expected.

“What Code Club does when it is successful is open up more opportunities for girls to step up and say, ‘I’m good at this’, in a collaborative environment.”

The teachers program will also have an especial focus on reaching out to lower socioeconomic areas that are often left out of the coding in education push, Tagalan says.

“A lot of educators are left out of the loop,” she says. “We’re concentrating directly on these communities and we’re getting a warm and enthusiastic response.

“There are some incredibly dedicated educators willing to carry the torch for us.

“Code Club works in a variety of communities. It requires so little, you don’t even need an internet connection.”

It’s crucial that this focus on diversity and accessibility begins from primary education, she says.

“If we allow STEM education and digital technologies to only be taught in secondary school we’ll lose most of the girls and a lot of the children of colour and children speaking English as a second language,” Tagalan says.

“They’ll self-select out in order to protect themselves from rejection or to better align with what they see as their place in society.

“If we teach it at age eight or nine then it’s really a safe place for kids to jump in and be a part of something that’s bigger than themselves.”

Code Club is currently on the hunt for more corporate partners to help keep the training program running into next year.

Tagalan says endorsement from politicians or prominent figures can do wonders for the group.

After Tasmanian minister for information technology and innovation Michael Ferguson publicly backed Code Club, membership in the state grew rapidly, and now 23% of all the kids involved with Code Club are from Tasmania.