How to build a successful consumer mobile app 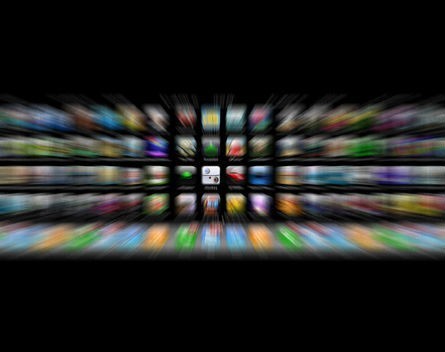 Making a hugely successful app like Snapchat or Angry Birds has little to do with luck. There are some consistent patterns among these apps that make it possible to reach that kind of popularity. Even before you get on wireframing your idea, this is an area to study. Here are some of these patterns.

The list goes on, Snapchat, Twitter, WhatsApp, etc. they’re all built around one feature. Not five features or ten features, just one key feature.

The reason simple apps succeed is that to get people adopt something new, it must be easy. The more straightforward and easier it is, the more likely they are to keep using the app.

They Nail The Onboarding

The vast majority of users who download an app, only use it once, before they delete or abandon it. Only about 16% try out an app more than twice.

The reason behind these demoralizing numbers is that there’s a disconnect between what the user expects from the app and what they feel they’ll get based on their first impression.

In other words, they don’t get the app when they first use it. For example, Evernote promises to organize your work but if you fail to understand how you can do it with its app, you won’t feel motivated to use it.

So Evernote creates an onboarding experience that educates users on how to achieve their desired goal by using the app. It’s called reaching the AHA moment.

The AHA moment is when the user gets the app. Best apps are doing a great job in helping users to reach the AHA moment the first time they use the app.

Have you ever heard someone referring to another person as Instagram addict, Snapchat addict or Facebook addict? As you can see in the chart below, for most apps the average weekly use is one to nine times.

Compare that to e.g. ten or twenty times a day for Facebook, SnapChat or AngryBirds. The difference is mind-blowing.

It’s not just about getting users to come back; it’s also about getting them back on a regular and frequent basis. For most apps, this never happens. As the chart below shows, most users who start using the app, abandon in less than 12 months.

But how do they do it? There’s a thing called the hooked model, first described by Nir Eyal which explains how these apps become addictive.

They’re basically designed as a trigger – reward loop, something that makes our brain form some behaviour into a habit if repeated enough times.

And how do they make us repeat the cycle? By turning our actions into the next trigger. For example, you post a photo on Instagram and close the app. Next thing that happens is that someone comments on it, you get a notification (trigger) and reopen the app to use it again.

They Make Their Users Promote the App

While most business schools teach their students about writing marketing plans and setting budgets for advertising, the reality is that apps like WhatsApp, Facebook or Instagram never really made any.

They spent close to $0 on marketing. There’s no other way, in fact, can you imagine reaching one billion users by paying for them? No startups has that kind of money.

To scale most of these apps are designed to make users do the marketing for them. For example, Duolingo allows users to brag about their results on social media and invite friends to compete.

Instagram allows cross-posting to other social networks, and many gaming apps bribe users to invite their friends. E.g., asking the user to pay or invite friends to get an extra life.

They Focus on a Specific User

While successful apps eventually reach the mainstream market, they never target it initially. A big part of growing virally comes from using the network effects of small communities.

For example, Uber launched in San Francisco and spread via the word of mouth. Facebook launched on Harvard. Instagram targeted hipsters and foodies initially.

We can go on with more examples. The point is; mainstream customers are hard to impress by a novelty. The mainstream wants proven products and brands.

It’s easier to dominate completely a small community and use their excitement to impress the mainstream customers.

This article was originally published on Appster