New computer makes coding as easy (and cheap) as Pi 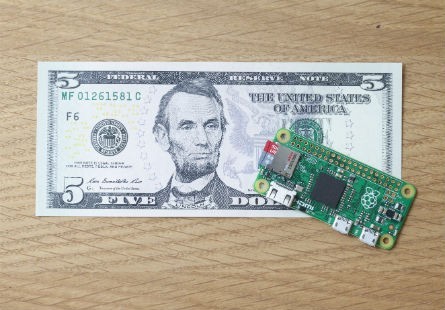 Raspberry Pi has produced the world’s smallest and cheapest computer with the aim of removing the barriers that are preventing people learning about programming and electronics.

Pi Zero is a programmable computer than can be used for electronic projects such as robotics or the Internet of Things.

Setting you back just $US5 (about $7), the microprocessor is half the size of its previous incarnation but comes with twice the power.

It’s so small that Raspberry Pi is actually giving it away on the cover of magazines around the world.

“I go to schools all the time where computers and robotics are sitting in spots that kids don’t have access to,” Tagalan tells StartupSmart.

“The cost of this will mean they’re much more willing to let the kids experiment – it’s less than a cup of coffee and banana bread.

“It’s when you give kids free range with technology that the teachers can learn too.”

The Pi Zero, which is 65mm by 30mm by 5mm, has 512MB RAM, a microSD memory card slot, mini-HDMI socket for video output at full HD resolution and micro-USB sockets.

Tagalan says Code Club Australia will be getting as many of the little devices as possible.

“It’ll cost $7 to put into classrooms, libraries and any sort of space for learning,” she says.

“It’s about getting kids learning things like Minecraft, browsing the internet and coding, and it’s a fantastic thing.

“I’d love to start just giving these to teachers that come through our program and asking them to tell us how they use them.

“Kids can use a Raspberry Pi to create a selfie portal for a pet. There are lots of ways to actually use it to build high-tech tools and to engage different parts of the mind.”

“Even in the developed world, a programmable computer is a  luxury item for a lot of people and every extra dollar that we ask someone to spend decreases the chance that they’ll choose to get involved,” Upton says.

“We hope this is going to get those last few people in the door and involved in computer programming.

“We believe it will be particularly useful for people looking to do robotics or IoT projects – very small and lower powered but able to drive a display keyboard when you want to do debug.”

Raspberry Pi sold over seven million of its original model, and is looking to continue to drive down the cost of computer hardware and allow anyone to put their ideas into practice.

“We’ve built several tens of thousands of units so far and are building more, but we expect demand to outstrip supply for the next little while,” Upton says.

“We really don’t think we’re going to get cheaper than this.”