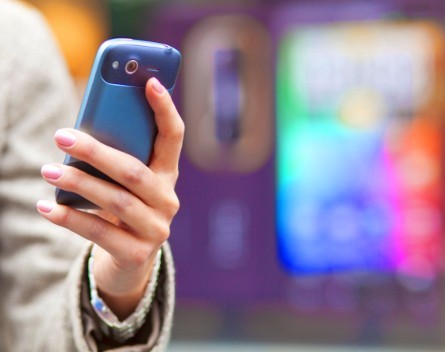 When the major tech companies report their quarterly earnings, the media, and to a lesser extent, the markets, tend to focus on the drama that surrounds Apple’s ability, or otherwise, to “surprise the market” with better than expected sales. It is somehow taken as a key indicator of whether we will continue to see real innovation in technology and consequently whether we will see that innovation continue to change our lives.

Apple has indeed managed to surprise with its latest results on the back of strong sales of the iPhone 6. But investors are still expressing caution, because as always, they see Apple’s run inevitably coming to an end. Looking at the results of the technology sector as a whole, and looking at other technologies like the PC and tablet, we can see that there is in fact reason to express caution about the future, as all indicators point to a mature market with far less scope for surprises.

Take the smartphone market for example. Apple reported record sales of the iPhone 6 and iPhone 6 Plus whose principal difference to their predecessors is their larger size. Apple increased the size of its phones in response to the success in the market of its major Android rivals, especially Samsung. The success of the iPhone 6 is ironic given Steve Job’s famous proclamation that nobody would ever buy a large sized phone.

At the same time, Samsung has demonstrated that nothing lasts forever by reporting earlier this month that its operating profit had dropped around 40% over the previous year on dissapointing sales of its smartphones.

Samsung is finding it tough going because markets are maturing and there is increasing competition from Chinese manufacturers of inexpensive Android phones.

Apple’s iPhone 6 has now caught up with the top of the range Android devices on features. The problem is, where to next? For the smartphone market, it is difficult to see any obvious market-shifting developments waiting to be implemented.

If life potentially may become difficult for Apple, the results of Microsoft and Amazon showed how impossible it is for anyone other than Apple and Android manufacturers to rest any significant market share. Amazon ironically enough, crashed and burned with its smartphone, the Firephone. They sold so few of these devices that they were left with a $83 million worth of hardware at the end of the quarter.

Microsoft on the other hand finished assimilating Nokia and slightly increased sales of its Windows phone globally this quarter. Its market share however continues to be completely insignificant compared to the iPhone and Android.

If the smartphone market is showing signs of maturing, the tablet market, for Apple at least, continues its path into decline with sales falling 8% over the previous year. Gartner estimates that the overall tablet market will increase over last year but clearly this is at the cheaper end of the market. Tablets are not replacing the PC as a primary work tool and larger phones are fulfilling the role of some of the smaller tablets, especially when used as media devices. Interestingly, Microsoft had more success with sales of its latest tablet, the Surface Pro 3 but one reason for this is its positioning of the device as a ultra laptop rather than as a pure tablet.

If Microsoft was achieving some small success with the sales of the Surface Pro 3, sales of Windows continued to decline, reflecting an overall decline in PC sales globally of 1.7%. Apple again managed to buck this trend with an increase) in sales of its Mac computers of 21%. Clearly there is the potential for Apple here to continue to increase market share at the expense of Windows-based PCs but how long that can continue is not clear. Enterprise customers may be more comfortable with allowing staff to use Apple laptops now that they have adapted largely to supporting Apple mobile phones. Overall however, the PC market, leading those of smartphones and tablets, has definitely reached its peak.

And what of the future?

The PC, tablet, and phone are the primary devices that we use as our interface with the digital world. They all allow significant two-way interaction in contrast with other devices like smart TVs, media devices and even wearables which are mostly used to consume information. Even though we may see the smartwatch market grow with the release of Apple’s watch, it is not going to have the same impact on our working or social lives that the smartphone and tablet did. This ultimately will translate into all technology companies facing more challenging times with far less likelihood of surprising positive results.