Melbourne startup aims to take on eBay for local sales 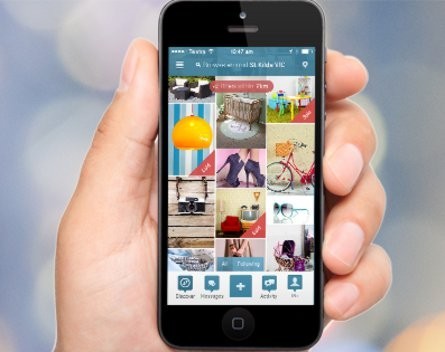 Most startups don’t often admit to going after the big guns, but not Melbourne-based online marketplace startup Locl, which is looking to offer an alternative to eBay and Gumtree for local sales.

The Locl app which is available on iPhone, and will eventually be available on Android, launched four weeks ago and enables users to quickly list items for sale by taking a picture, setting a price and uploading a listing with a smartphone.

Buyers can then browse listings in the app based on their proximity or a number of categories and set alerts for specific types of new listings.

A diverse range of items are listed for sale on the app at the moment, from smaller items like games, clothes and shoes to larger items like cars, motorbikes and even a Sydney apartment.

There are no seller fees, no auction time limits and buyers and sellers can chat anonymously in the app and buyers can review sellers they’ve brought from.

Locl co-founder Arie Spivak, who is an eBay PowerSeller, says the success of Locl doesn’t necessarily hinge on the demise of Gumtree or eBay, rather the app is servicing what he believes is a gap in the market.

“I’ve been very aware of eBay fees, which have become astronomical,” he says.

“Auctions were too slow. There’s a long wait for shipping from overseas. That whole model was becoming a little bit stale.

“Gumtree has always been a bit of a wild west, you don’t know who you’re dealing with, there’s no reviews or ratings for buyers and sellers and no context with history.

“We saw a huge opportunity there and got together about a year ago, and set out to create a mobile app that would be nothing short of the easiest way to buy and sell at a hyper local level.”

Since launch, Spivak says Locl has had “thousands of downloads” each week, 70% of which are in Australia and 30% from the rest of the world.

Spivak and fellow co-founder Nir Davidson funded the development of the app themselves around a year ago, but since they’ve taken seed funding based on a $1 million valuation of the company.

Spivak says that’s all the information about investors he’s able to provide.

No plans have been made to monetise the service yet, but he says there’s plenty of potential.

“We’re really committed to achieving a critical mass, so as soon as we feel the time is right there’s a lot of opportunity in terms of advertising, in terms of chain stores,” he says.