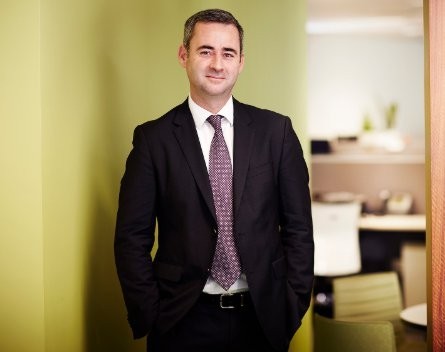 The founder of iiNet, Michael Malone, has announced his resignation as chief executive and director of the telecommunications company he launched 20 years ago.

The news follows Malone’s announcement in November that he was taking a six-month “career break” after 20 years with the company.

At the time, Malone promised investors he would return.

“I founded the company 20 years ago and have never taken a substantial break in that time.

“So I figure this is a good time to recharge, re-energise and get ready for the next big round of growth.

“Make no mistake though, I intend to be back. The next couple of years are something I absolutely don’t want to miss.”

During Malone’s break, chief financial officer David Buckingham filled in as acting chief executive, with the company saying it will conduct a global search for a new CEO.

In a statement, iiNet chairman Michael Smith praises Malone, and says Buckingham is under consideration for the chief executive role.

“Michael is a legend and a telecommunications visionary; he has been the foundation of iiNet’s success. We are committed to ensuring his legacy and story lives on through a continued commitment to service excellence, challenging the status quo, thinking for ourselves and growing

“The board will ensure that the next iiNet CEO is the best available. If that turns out to be David, we will be delighted.”

Meanwhile, Malone says now is the ideal time for him to leave the helm of the company.

“Over the past three months, I’ve had the opportunity to pursue activities I’m passionate about, and taken time out to meet many inspirational individuals from across the globe.

“During this time away from the business, it became clear to me leading iiNet and its passionate staff requires 24×7 commitment, energy and enthusiasm. I have been able to achieve that for over 20 years but have come to the point where I want to dedicate my time to other opportunities.

“It’s never easy to say goodbye, but this is an ideal time to leave – iiNet is in the best financial shape it has ever been and has a strong growth plan for future success.”

iiNet has reported strong growth in recent times, with the company’s most recent half-year result showing underlying net profit after tax up 19% to $31 million in the six months to December.

The news comes amidst a period of widespread consolidation in the industry fuelled by the national broadband network, with iiNet purchasing Adam Internet in August last year for $60 million.

There has been speculation of a potential merger between TPG and iiNet, although there has been no official word from either carrier on the matter.

The announcement of Malone’s departure comes less than a week after former iiNet director Simon Hackett announced a new venture, dubbed EV Race Systems, which aims to develop and build a high-performance electronic race car for international exhibition and racing in Europe and Asia.

An iiNet spokesperson confirmed to SmartCompany there is no involvement by Malone in Hackett’s new venture.

Hackett became a director at iiNet after it purchased Internode, an Adelaide-based internet service provider he launched, $105 million in December 2011. Hackett stepped aside from executive duties at iiNet in May 2012.