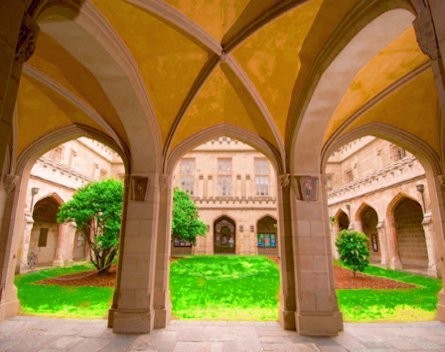 Microsoft, the University of Melbourne and the Victorian government have joined forces to open an $8 million research centre for social new interactive technologies that use voice, touch, gesture, gaze and physical movement.

The Microsoft Centre for Social Natural User Interface (NUI) Research will have funded positions for researchers exploring the social uses of technology that enables digital products to use physical human engagement more intuitively and naturally.

NUIs, such as Wii game consoles and Xbox Kinect, moved away from the desktop and mouse to use direct physical engagement such as capturing voice, gesture, touch and even brain recognition with sensors that interact with technologies.

Centre director Professor Frank Vetere, who also heads up the Interaction Design Lab at Melbourne University, told StartupSmart the centre would push the emerging field of NUI design towards reaching its social potential.

“The recent explosion of social media shows the extraordinary human desire to use technology for our own personal needs and interaction, so there is definitely a growing role for social NUIs,” Vetere says. “The centre is not just about the fun stuff like Facebook. It’s also the way we’re social in the workplace, in schools, in hospitals, and how we relate in public spaces.”

This is Microsoft’s first NUI centre focused on the social uses of the emerging technology. Vetere says there is ample opportunity for Australia to become a leader in this emerging tech industry.

“Clearly this is an opportunity to extend the thinking and knowledge happening elsewhere. We’ve got enormous strong support with Microsoft, so we can clearly leverage and contribute to their wider NUI work,” Vetere says.

The research centre is intended to explore the emerging field of how technology can encourage positive social and collaborative behaviours. Resources have been allocated for three years.

In a statement, Microsoft Research vice president Tony Hey said the three-way partnership was great news for achieving their goals.

“This is a world class research centre, located at a world class university in a forward thinking state,” Hey said. “I am confident the centre will open the floodgates to innovative social uses of NUI. The potential for social NUI will only be limited by our imagination.”

The 28 supported academics and PhD students will have the opportunity to spend time at other Microsoft research centres such as Cambridge, Beijing, and Redmond in the US.