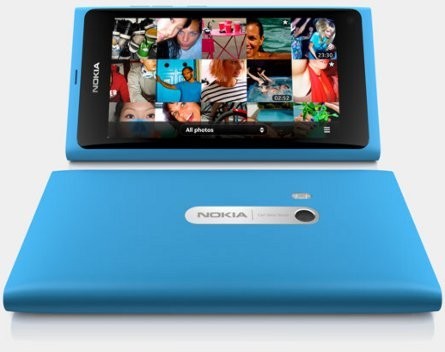 In late April, Microsoft finally closed its takeover deal for the devices and services arm of Finnish communications giant Nokia.

The past few weeks since the deal has closed have seen the announcement of an Australian release of the low-end Lumia 630 smartphone, as well the Australian launch of the Lumia 2520 tablet.

So how well is the deal working out for Australian tech startups developing apps for the Windows Phone platform?

One of Australia’s leading independent Windows Phone developers is Xamling, which has built Windows Phone apps for Microsoft, Nokia, SBS, Telstra and Foxtel. It also built the recently released startup app Project Tripod, which is exclusively available on Windows Phone.

“The joining of both hardware and software under one roof has worked so well for Apple with iPhone and iOS and with Android and Nexus – and now Microsoft and Nokia can finally take their handset and OS combination to the big players.

“Critics and users alike agree that Nokia makes some of the best handsets and Windows Phone is a fantastic OS (especially the new Windows Phone 8.1).

“We’re truly hopeful that MS and Nokia will allow us to take our business to the next level with a fresh injection of new consumers and businesses on the platform.”

“Windows Phone has in the past been playing catch up; it has been very ‘me too’. Aside from some innovations in the OS, such as live tiles (and the flat OS design), and in the hardware, with high resolution cameras, we’ve not seen much that the other platforms have been rushing to catch up on. That and Windows Phone was missing some major features such as Notification Center for so long,” Knight says.

“The other complaint in the past is a very slow release cadence for new OS revisions and features. We really hope that the new merger hastens this cycle, which we’re assured it will by MS and Nokia. We’d love to see major revisions each year with minor features and updates throughout the year.”

As a development platform, Knight says Windows Phone holds up well against its rivals.

“Visual Studio and C# is by far the most advanced and user friendly of all of them. Even a lot of developers on iOS prefer using Visual Studio with Xamarin (which allows Cross Platform Development for iOS and Android on Windows).

“Development is cheaper and faster for Windows Phone by a large measure. Our small team constantly outpaces and outprices far larger teams on the other platforms.”

Amongst the platform’s advantages, according to Knight, is a “super-straight forward and relatively quick”, process for getting apps in the Windows Play store that has seen most of Xamling’s apps reviewed within a week.

“Microsoft and Nokia are also very good at helping out promoting great apps. They have already [promoted] the recently released Project Tripod as the worldwide featured app of the day in the Windows Phone store [on April 30],” Knight says.

“Windows Phone has better hardware for taking photos (Nokia 1020 for example) and the Nokia Imaging SDK (which is free) makes it super easy to do all sorts of advanced image manipulation).”

Knight finishes with some advice for people looking to create an app for the Windows Phone platform.

“Learn to use Visual Studio’s and C#’s cross platform capabilities to build apps that work on Windows Phone, Windows 8, iOS and Android all at once… the other native developers and your competition will not be able to keep up. Oh, and get a good designer that understands the modern user interface.”