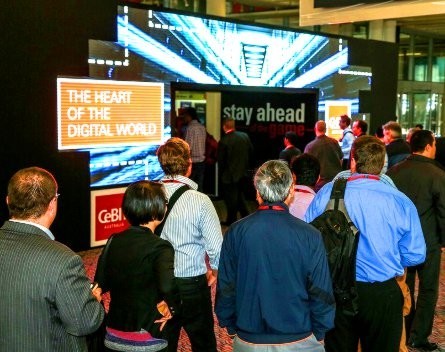 With CeBIT Australia winding down for another year, the conversations sparked at the three-day tech fair will keep social media platforms buzzing for days and weeks to come. StartupSmart caught up with Jackie Taranto, managing director of Hannover Fairs and CeBIT, about the key trends of the tech fair.

According to Taranto, the biggest theme of the conference was around listening to data and feedback, and creating the processes to use what is being learned, preferably instantly.

“There is so much data out there, and we need to learn how to listen to it. To use analytics to understand and respond on a real time basis,” says Taranto.

This shift is transforming businesses, but also adding to existing roles.

“We kept talking about how the CMO role, the chief marketer role is becoming more important because they’re the ones getting that critical feedback. So how do you use that feedback, and respond to it?” says Taranto.

How to retain the best people in start-up businesses

The biggest theme of the start-up day was around how to keep the best people in start-up organisations. Share options, and some of the legal and taxation issues making this hard for Australian start-ups to manage came up frequently.

“People are such a big part of start-ups, and good news is that it’s not all about the money. People want flexibility, input and openness. It’s not always about the money, it’s about being able to do really cool stuff,” says Taranto.

The evolution of the Australian entrepreneurial culture

“The culture is definitely changing in Australia. I’ve noticed a big change in the last three to five years. People are much more open to just going to for it, and not waiting until they’ve got everything organised,” says Taranto.

“In the States, the mentality is ‘give it a go’ and if you haven’t failed you haven’t really tried. And investors are willing to back that, as long as the idea is there and they can see it. This is changing in Australia, where we’ve been a bit more traditional. Here we want to know where the money is going to come from.”

Taranto says the CeBIT team was especially impressed with the quality of the start-ups who applied to pitch this year.

“It’s so exciting to see so many great ideas and companies coming together. The energy was there and the culture is really changing. I think it’s the right time. While we weren’t hit as hard as Europe, we know that when there are financial difficulties, we need to get better at getting results. That drives innovation and disruptive technologies.”