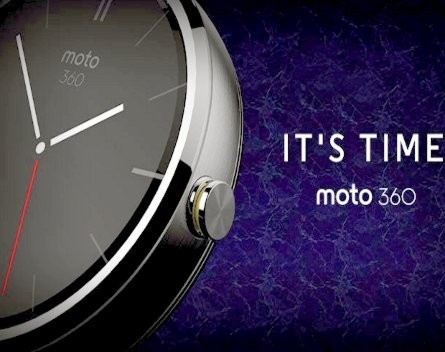 Motorola has joined LG in announcing a new wearable device based on Google’s Android Wear wearable device platform, called the Moto 360, as Google releases a developer version of the software powering the new devices.

In a statement, Motorola corporate vice president of product management, Lior Ron, positions the new device as a premium product.

“The wristwatch has been through several evolutions since it first became a popular fashion accessory more than a 100 years ago… but the basic design has endured for a century because of its elegance and usefulness ‘at a glance’. Our vision for Moto 360 was to celebrate that history as we reimagined the wristwatch for the future.

“Moto 360 keeps you on time and up to date without taking you out of the moment or distracting you, telling you what you need to know before you know you need it through subtle alerts and notifications. With just a twist of the wrist you can see who’s emailing or calling, what time your next meeting is or a friend’s latest social post.”

Motorola has also announced the Moto 360 will be available in a variety of styles globally in summer 2014, starting in the US.

Key features of Android Wear include its ability to receive notifications from Android apps and integration of the Siri-like Google Now service that allows users to ask spoken questions after saying “Ok Google”.

Devices running the platform will also do health and fitness monitoring, and will be able to control Android tablets, smartphones, smart TVs and other devices.

In a statement, Google product manager Austin Robison cites the consistency of the new user interface.

“These small, powerful devices give users useful information just when they need it. Watches powered by Android Wear respond to spoken questions and commands to provide info and get stuff done. These new devices can help users reach their fitness goals and be their key to a multiscreen world.

“We designed Android Wear to bring a common user experience and a consistent developer platform to this new generation of devices. We can’t wait to see what you will build.”

As SmartCompany has previously reported, Google first purchased a smartwatch start-up called WIMM Labs in the middle of 2012. Since then, the company has built up a wearables design team at its then-subsidiary Motorola, with the company hiring a senior director of industrial design in July of last year.

The Moto 360 comes after LG announced its own smartwatch, dubbed the G Watch, which is also powered by Google’s Android Wear platform.