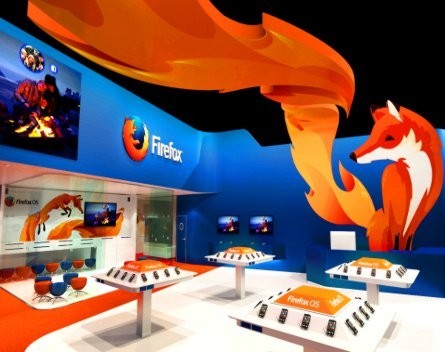 Mozilla co-founder Brendan Eich has resigned as chief executive of the Firefox maker, following a backlash from the LGBT (lesbian, gay, bisexual, transgender) community over his opposition to same-sex marriage.

In a statement, fellow Mozilla co-founder and executive chairwoman Mitchell Baker announced the resignation while apologising to staff and users for failing to listen and engage.

“We didn’t act like you’d expect Mozilla to act. We didn’t move fast enough to engage with people once the controversy started. We’re sorry. We must do better.

“Brendan Eich has chosen to step down from his role as CEO. He’s made this decision for Mozilla and our community.”

“What’s next for Mozilla’s leadership is still being discussed. We want to be open about where we are in deciding the future of the organisation and will have more information next week. However, our mission will always be to make the web more open so that humanity is stronger, more inclusive and more just: that’s what it means to protect the open web.

“We will emerge from this with a renewed understanding and humility — our large, global, and diverse community is what makes Mozilla special, and what will help us fulfil our mission. We are stronger with you involved.”

As an employee of Netscape during the 1990s, Eich was instrumental in the development of the Javascript programming language. He later co-founded Mozilla, serving as its chief technical officer since August 2005.

According to the LA Times, in 2008, Eich made a donation $1000 to a campaign urging people to vote in favour of Proposition 8, a law banning same-sex marriage in California.

While the law eventually passed, it was overturned by the US Supreme Court in 2013.

Following the resignation of former chief executive Jay Sullivan on March 24, Mozilla announced a shake-up of its executive leadership, which saw Eich appointed as Sullivan’s replacement.

At the time, Baker hailed the reshuffle as a return to Mozilla’s founders.

“Brendan has been an absolutely foundational element of Mozilla and our success for the past 15 years. The parallels between Mozilla’s history and our future are very strong, and I am very happy with this combination of continuity and change to help us continue to fulfill our mission, as Mozilla has big ambitions: providing a rich, exciting online experience that puts people at the center of digital life.”

However, within days of the appointment, Eich’s previous opposition to marriage equality became public. The critics included Mozilla’s head of education, Christie Koehler, who wrote a public blog post on the matter.

“I am not sure I can definitively determine Brendan’s suitability. I can, however, give insight as to what I experience at Mozilla as a queer woman and how I feel about the appointment.

“I was disappointed when I found out that Brendan had donated to the anti-marriage equality Prop. 8 campaign in California … It frustrates me when people use their economic power to further enshrine and institutionalise discrimination.”

Eich responded to the criticisms with a post on his personal blog on March 26, committing to work with the LGBT community on making Mozilla inclusive.

“I know there are concerns about my commitment to fostering equality and welcome for LGBT individuals at Mozilla. I hope to lay those concerns to rest, first by making a set of commitments to you. More important, I want to lay them to rest by actions and results.”

“Over the past few days we have been asked a number of questions about Brendan Eich’s appointment as CEO. This post is to clarify Mozilla’s official support of equality and inclusion for LGBT people.

“Mozilla’s mission is to make the web more open so that humanity is stronger, more inclusive and more just. This is why Mozilla supports equality for all, including marriage equality for LGBT couples.”

Despite the comments, the backlash continued. According to the BBC, dating website OkCupid blocked users from accessing its website.

“We would therefore prefer that our users not use Mozilla software to access OKCupid.”

The move comes at a crucial time for Mozilla, which recently announced a partnership with Panasonic that will see a version of its Firefox OS operating system software power smart TVs.

Aside from its Firefox web browser, Mozilla is using its web-based operating system software to power a range of low-end devices, including low-end PCs, tablets and smartphones.