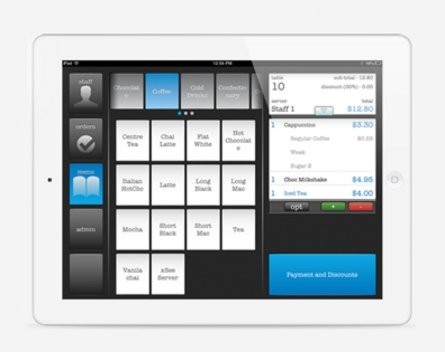 A new locally developed and supported iPad point of sale system created by retailers has been launched this week.

Designed for retail and food businesses, SohoPOS can be run on tablets and phones with iOS 6.1 software and above.

Co-founder Greg Factor told StartupSmart there was a gap around local cloud-based point of sale (POS) systems that were reliable and cheap to fix.

“We were retailers prior to going into this and we realised there was definitely a gap in the market to build a POS system. Breakdowns on the existing POS options took a long time to get serviced and they were very expensive to run,” Factor says. “If you’re opening multiple stores, you’ve got a lot of money disappearing into POS systems and we thought there had to be a better way.”

Factor developed the system with co-founders Darren Factor and Jonny Sagorin, who managed the coding.

The system can be run on multiple iPads as it’s cloud-based. This also enables the owner to log in at any stage to see up-to-date sales totals and reports.

The system also includes an offline version. Factor says most of the issues in the 12-month development period were around making sure the online and offline systems synced and saved data well.

“It works regardless of internet connection, but complexities around syncing and saving data have been a challenge to work out,” Factor says, adding that making the POS system simple to use was the ultimate goal.

“It’s a very complex system and it had to be so simple anyone can pick up this system and figure out how to use it. Retailers lose too much time and money training their staff to use over-complicated POS systems.

The software can factor in deposits by dollar or percentage value, minimising maths mistakes that can be costly to the bottom line.

The system has already been running in a variety of stores for a few months as part of the testing process.

Factor says the focus for the next few months will be on getting more clients on the system and partnering with other businesses to roll it out nationally.