Online work officially out of beta: new statistics reveal what Australians are outsourcing 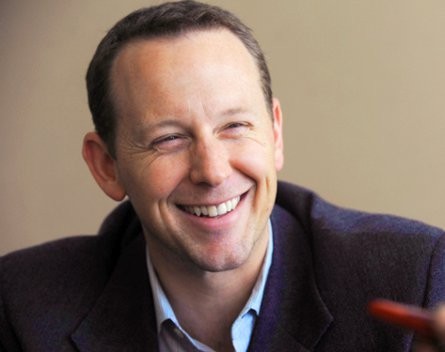 Matt Cooper, vice president of enterprise and international at oDesk, told StartupSmart passing the project work milestone is a sign that outsourcing work online has entered the mainstream.

“It’s a big thing for us to break that one billion barrier milestone, but the bigger story is that online work is officially out of beta,” Cooper says. “It’s very early still, but it’s a nice recognition that this is really starting to break into the mainstream.”

The figures released by oDesk show Australians have been outsourcing both technical and non-technical tasks over the last two years.

“This is driven by the huge demand for technical talent. I’m in San Francisco but everywhere you go you see articles about the Australian tech talent shortage,” Cooper says.

Game development outsourcing has grown by 437%, engineering and technical design by 276% and mobile app development by 258%.

Other fast growing areas that Australians are outsourcing include human resources/payroll and recruiting, which both grew by 227%, and legal which grew by 267%.

“The growth in Australians outsourcing legal was an interesting one for us,” Cooper says. “As more and more companies look to grow internationally, they need legal support and talent in a range of countries.”

Cooper says the growth across non-technical tasks in Australia is part of a worldwide trend.

“It’s indicative of a broader trend that online work is no longer tech. When you look at our business in 2008 and 2009, it was almost entirely technical work, but we’ve seen rapid expansion into legal, finance, writing and translations,” Cooper says.

With an increasingly global market of outsourcers and freelancers, oDesk is seeing more niche skills being sought and sold.

“The dynamic we see at play here is the same as what we saw in the early days of eBay. What drove their marketplace was being able to aggregate quite obscure interests into one accessible marketplace,” Cooper says, adding this is especially true in booming emerging industries such as big data.

“We’re seeing the same thing, with obscure, specialised skills that maybe one or two people have in each city, but you aggregate that globally you get a liquid marketplace.”

According to Cooper, one of the highest paid specialities on oDesk is start-up consultancy services.

“If you’re a start-up in the Middle East or Darwin, you may not have access to that kind of mentorship for business plans and investors,” Cooper says, adding a lot of the freelancing work is going to people based in Silicon Valley, London and Sydney.

“If you’re a mediocre manager when you’re sitting next to the worker, you’ll be a really bad one when they’re on the other side of the world,” Cooper says. “You need to communicate more and be more specific, and be more engaged as they work. It does pay off, but it is a new skill for a lot of people.”

Australia is a significant market for oDesk. Cooper says based on per capita spend, the Australian market is almost double that of the US.