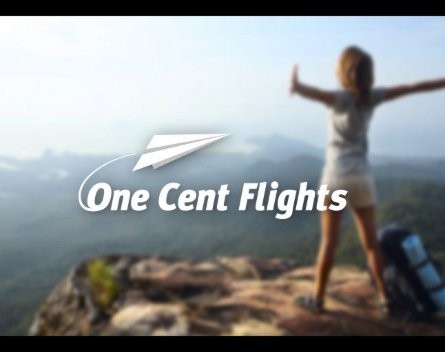 After rapidly moving into a gap in the emerging market of group buying and online marketplaces in 2012, cousins and co-founders Matt and Elliott Donazzan’s pay-to-bid auction sites are now bringing in over $100,000 per month in revenue.

One Cent Flights and One Cent Wines allow users to bid on flights and wine for lower prices.

By charging for bids and offering their wine and travel company partners significant volumes of traffic, the Donazzans have hit on a workable model and have recently launched a fundraising round to raise between $1 million and $5 million.

Co-founder and chairman Matt Donazzan told StartupSmart they were ready to start scaling their company.

“A year ago we were a little start-up, and we’re not a massive business yet, but we’re a niche database player that is getting some success at an early stage,” Donazzan says, adding they’re essentially a database business.

One Cent Flights launched in August 2012. The idea emerged from gaps they kept spotting as Matt was exploring group buying sites and Elliott was running his own eBay business.

“We thought if we focused on specific product niches that people really wanted rather than the broad approach of group buying sites, we could build something big,” Donazzan says.

The team decided to focus on flights to tap into the female market as they believed women were being overlooked by existing group buying powerhouses.

“We launched with flights because we noticed the other pay to bid sites were focused on male-centric products. So we saw a big untapped opportunity with online businesses only ignoring a big part of society and consumers,” he says. “We did a whole bunch of focus groups, and the topic that came up again and again was travel.”

He describes their model of seeking a customer first and then creating a product for them has worked well for their rapid growth.

The biggest challenge was getting a flight agency partner when they were just two young guys with a good idea. After partnering with a local agency for the first few months, they began a partnership with Harvey World Travel in April this year.

They expanded into wines after it was the lead product identified by focus groups with another market they believed was overlooked by group buying sites, men over 35.

With plans to expand internationally, primarily into South East Asia, Donazzan says the funds they’re raising will go towards expanding their team of five.

“We’ve been running a very lean team. We’re feeling very constrained from a team perspective, not from a time capacity so much, but in terms of expertise,” he says.

The Donazzans have previously raised $340,000 in seed capital from a few high net worth individuals.