OPINION: How Google Drive for business fits with a home security business 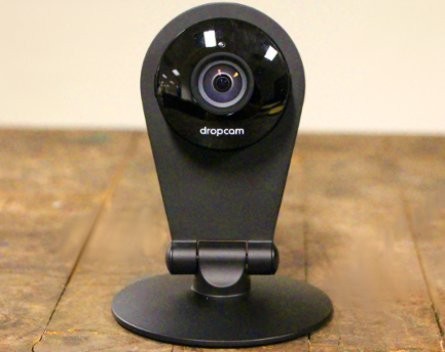 Google’s main developer conference for the year – Google I/O – has kicked off in California.

For weeks ahead of time, speculation about Android Wear smartwatches, new Google Nexus devices and a possible update to its Android or Chrome OS operating systems.

So Google raised a few eyebrows when, ahead of the conference, it announced it’s shilling out $US555 million (approximately A$591 million) for a company called Dropcam. The newly acquired business is being combined with Nest, the smart smoke detector and thermostat company Google purchased in January for $US3.2 billion.

The company makes small security cameras with built-in microphones and speakers that connect to the internet over Wi-Fi and stream encrypted video and video to the cloud.

Once the camera is set up, the user can use the company’s iOS, Android or web app to stream video and video from their camera, or speak through the camera’s built-in speaker, allowing for two-way communications.

The company also offers the option of recording up 30 days of continuous security video and share favourite clips with family and friends.

The deal sparked a lot of discussion and speculation. Was Google interested in monitoring people’s houses, shops and businesses to glean even more data for its search rankings?

No sooner had the ink dried on the contract when, in Australia, Telstra announced a security deal of its own.

Through a joint venture with firm SNP Security, called TelstraSNP Monitoring, the telecommunications giant will offer will offer monitored security for business and residential customers. While SNP will continue offering guard and petrol services, its video surveillance and security alarm arm will be swallowed by the new venture.

Now, certainly both Google and Telstra have long been interested in security. But it’s mostly been of the cybersecurity and network security variety. So why the sudden interest in catching real-life crooks?

The reason comes down to two topics I’ve discussed a fair bit in recent weeks: Cloud computing and the internet of things.

While people still often think about the “internet of things” as connecting fridges to the internet. However, a real-world example of a situation where there are practical benefits in hooking up a device to the internet is with security cameras.

As I’ve discussed previously, IoT is an evolutionary trend, rather than a revolutionary one. In this case, connecting security cameras and alarms to the cloud allows for easy off-site storage of footage (with a cloud provider), as well as the ability to monitor footage in real time from almost any device anywhere in the world.

In many cases, internet-connected cameras will allow for more flexibility than if all the cameras were physically wired back to a control room or stored at the original location on video tape. (That being said, you can still do both of those things if you stream the footage over the internet).

For reasons I’ve previously discussed, the cost of cloud-based services has fallen through the floor in recent times. Today’s announcement of Google Drive for business, with unlimited cloud-based storage for $10 per user per month, is a perfect example.

With the cost of providing the underlying cloud computing and storage services falling, the real business opportunity for cloud providers such as Google and Telstra is in providing value added services over the top.

Centralised video camera monitoring and security footage storage over the cloud is one example of where cloud service providers like Google and Telstra can add value for customers.

And if you combine security camera vision in a cloud-based with real-time information from other devices, you begin to build a powerful platform that can be used to remotely monitor facilities and equipment, without physically needing to have staff on the ground.

What it means for you

So what does all this mean for your business?

Well, in many sectors – such as retail or property management – security cameras have long been a fact of business life. A cloud-based, IoT solution could be a far more effective yet cost-effective alternative to existing video surveillance systems.

And if loss prevention is part of your business, that’s certainly worth looking into.