Stephanie Palmer-Derrien and Aunty B

It’s been a week since the yellow and black balloons were taken down, the Tesla was wheeled out and the robot-insect DJ booth was (we assume) dismantled, as the curtain closed on Melbourne’s 10th Pause Fest.

It was three days of meet-and-greets, workshops, revelations and revelry. And the SmartCompany team was there to soak it all in and capture the essence of the event.

Tech was tested, business matches were made, Bahn Mi was munched, and LinkedIn QR codes exchanged.

I kid you not, pledges of allegiance were taken.

At the same time, attendees tapped furiously at their laptops and sent emails on the run. Work doesn’t stop just because Pause is in town. 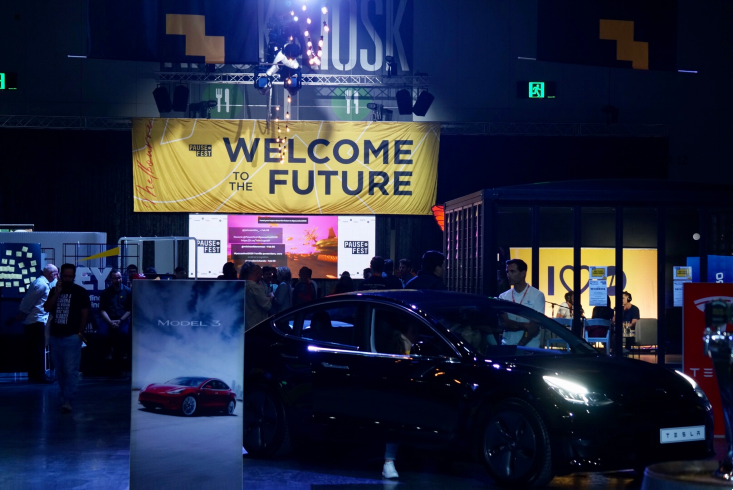 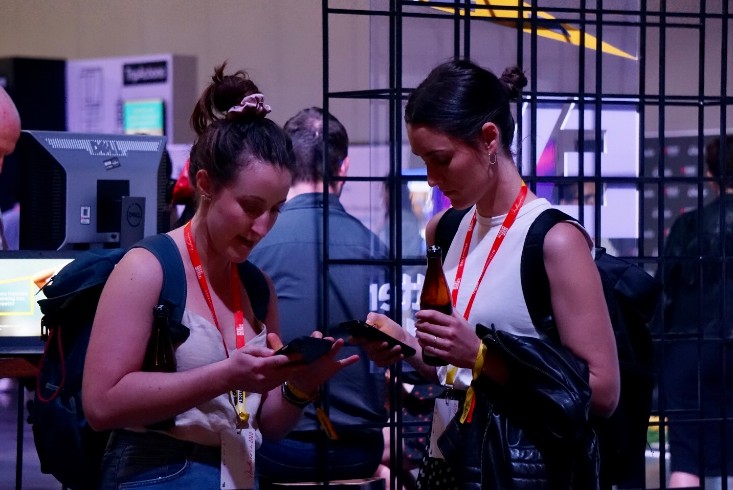 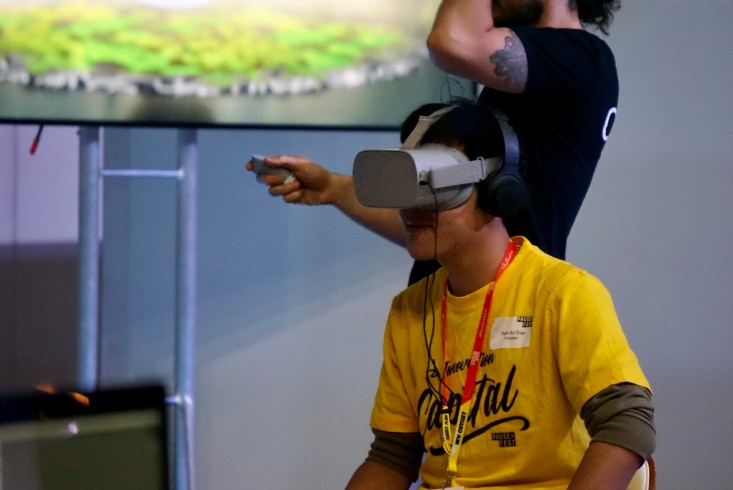 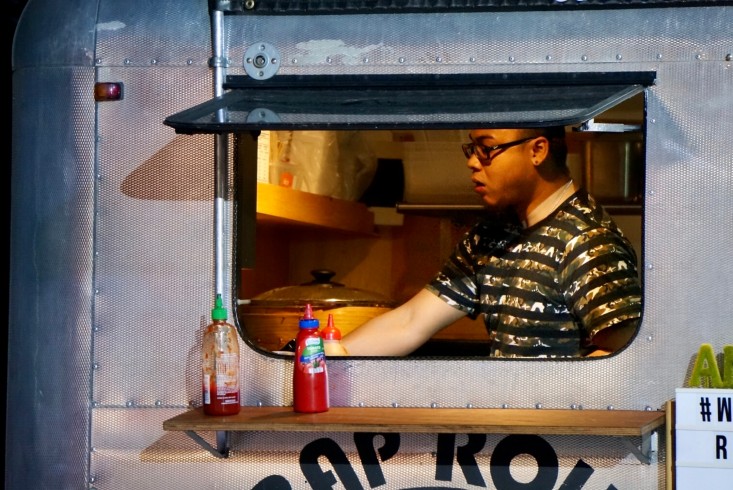 Speaking ahead of the event, Pause Fest founder and ‘enabler of awesome’ George Hedon said the event is about people, and making emotional human connections.

Having run the event for the past 10 years, Hedon has seen a few speakers come and go — both local and international.

But, when asked to name a favourite, he’s momentarily flummoxed. 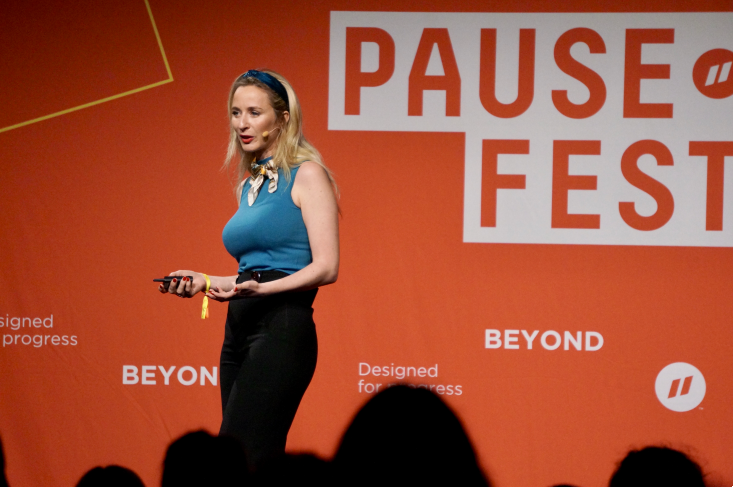 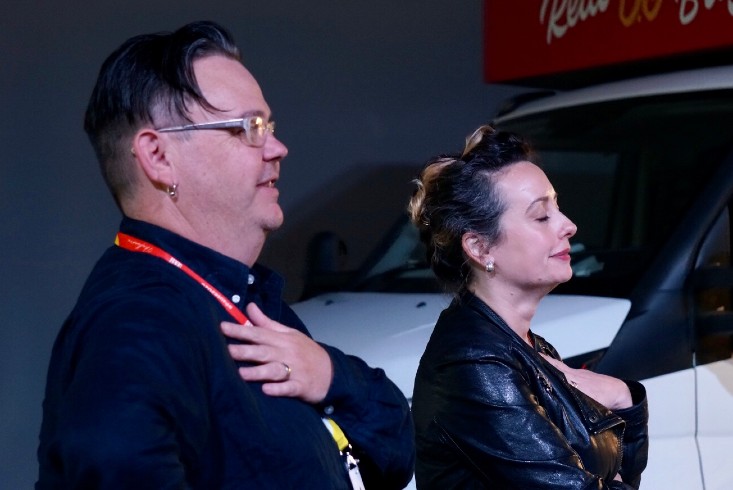 Attendees pledge to do work they love doing. 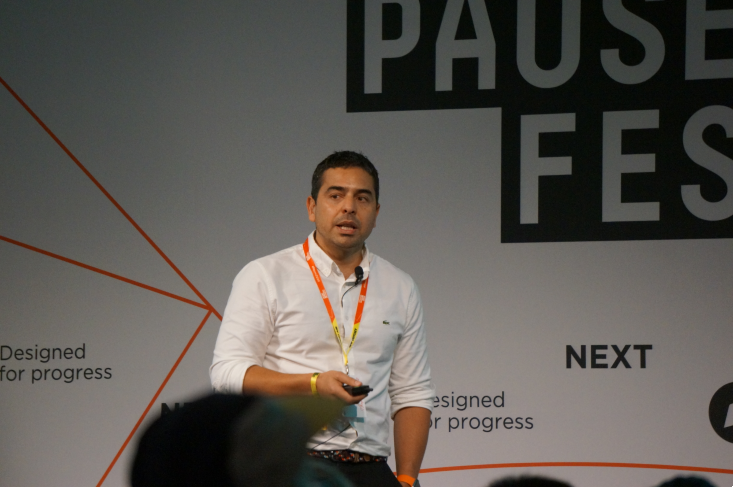 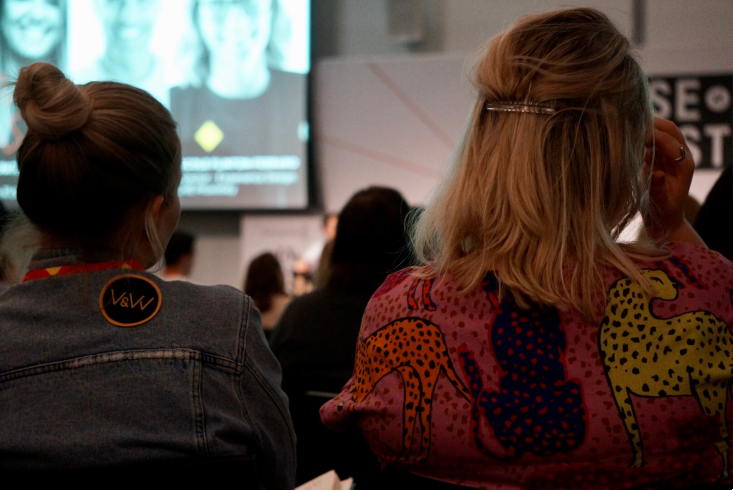 He also hears a lot of feedback on their presentations.

It’s hard to know whether he thinks of a speaker fondly because they were good, or because of his own connection with them, he explains. 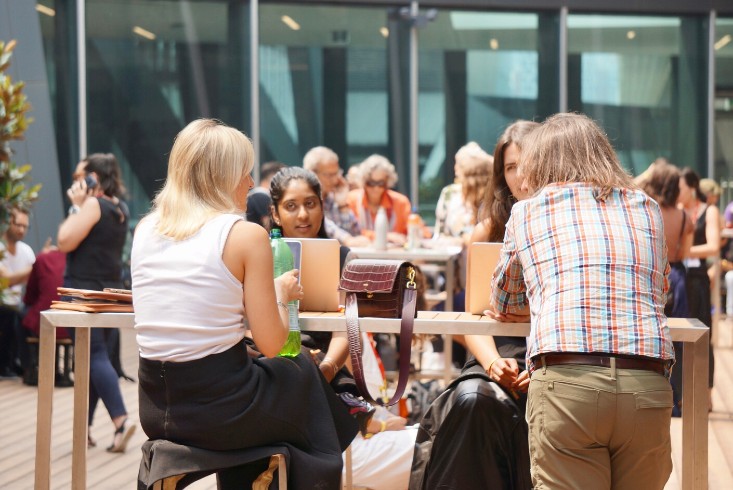 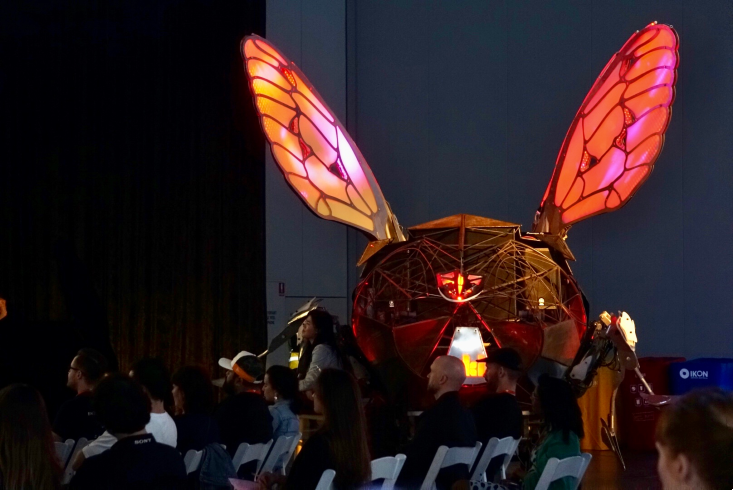 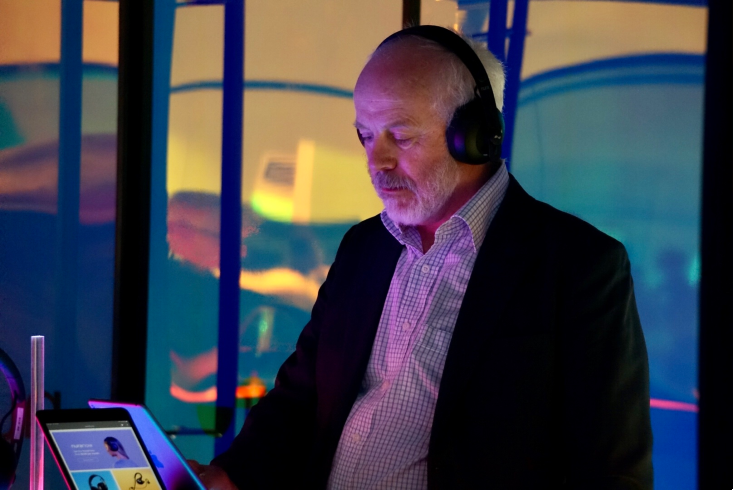 Nura headphones get a test run.

But, when pushed, Hedon recalls an incident when Alysha Naples, former senior director of user experience and interaction at San Francisco startup Magic Leap, took to the Pause Fest stage in 2017.

“She was so emotional; she cried on the stage,” he says.

“Almost everyone followed her … it was that emotional, and everyone was deeply moved by her presentation.” 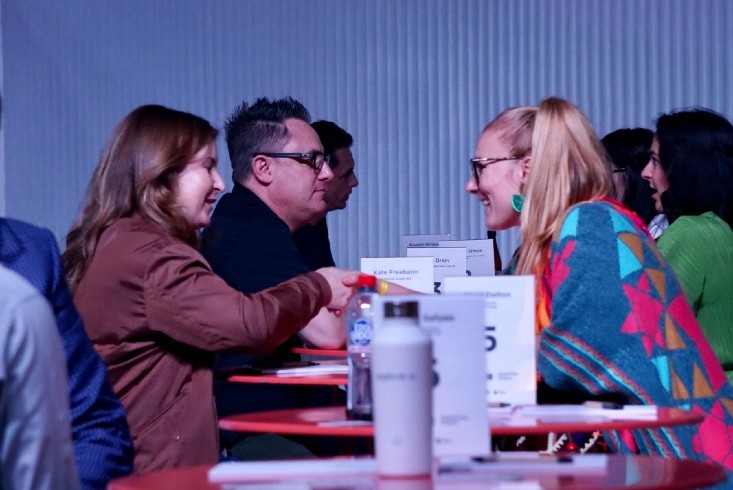 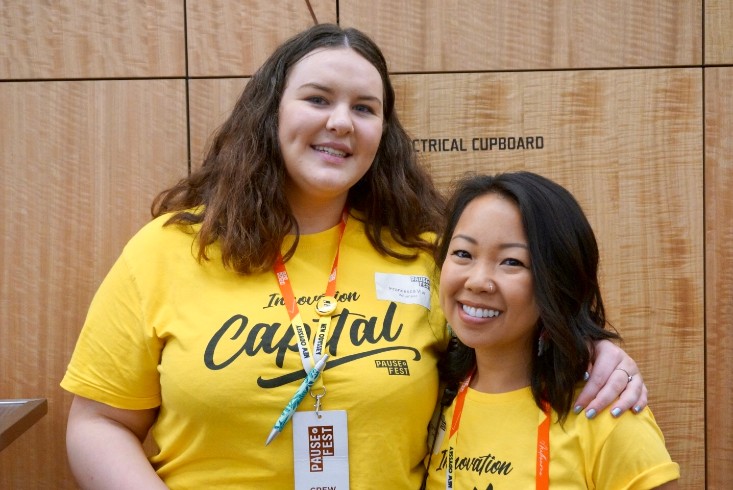 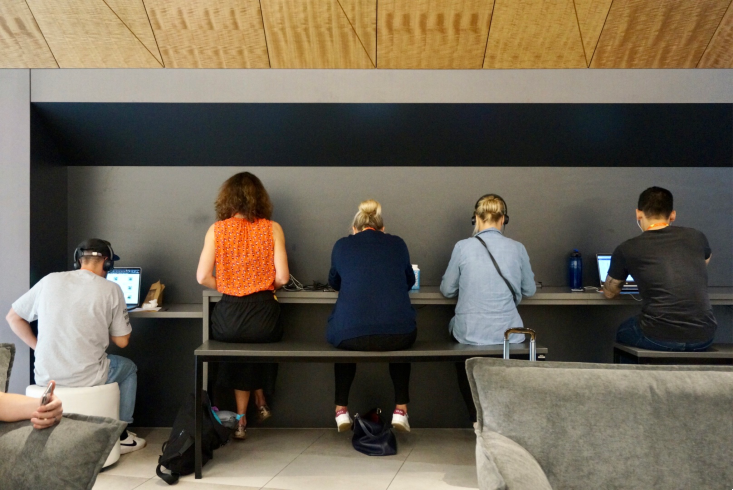 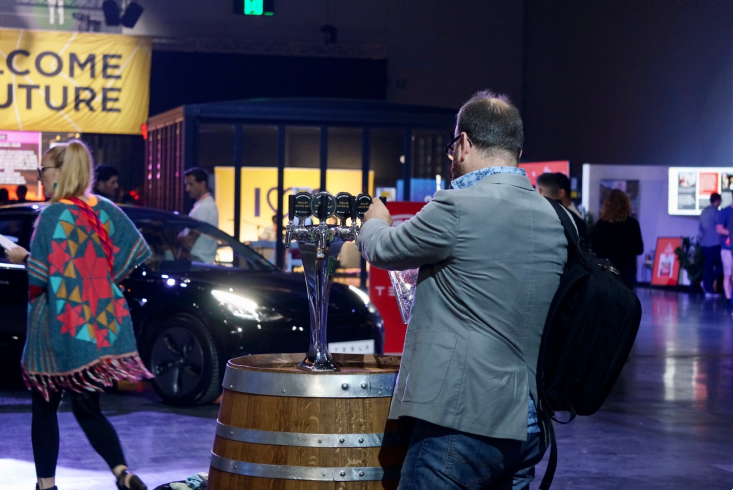 This is indicative of what Pause Fest is all about, he says.

Naples put herself out there, and people were talking about it for the whole rest of the festival, he says.

“We try to get real people … who are dealing with real issues every day in their work,” Hedon explains.

“We want them to engage with the community,” he adds.

“We really focus on people, experiences, real stories — and I think this realness and emotion shows through some of those presentations and interactions.” 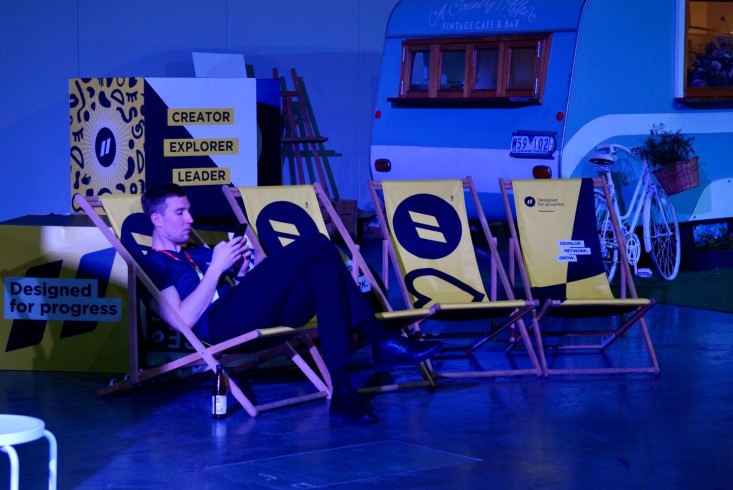 NOW READ: Switching positions: This is what the future of intimacy, pleasure and wellness really looks like