Pokémon Go puts pressure on when technology meets the law 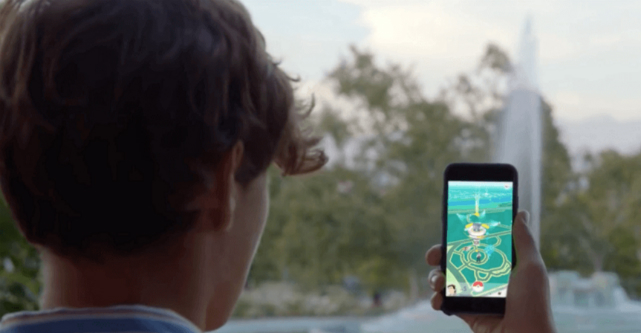 There are two PokéStops and a Gym within range of my desk at work.

Last Monday, the New South Wales Department of Justice issued a warning through its Facebook page:

GOING TO COURT IS NOT A GAME: POKEMON GO TRAINERS SHOULD LOOK ELSEWHERE FOR DIGITAL CRITTERS.

Attention budding Pokémon trainers: you do not need to step inside a courthouse to find Pokémon.

A reminder that the use of recording devices in NSW courts is prohibited under the Court Security Act 2005 – Section 9 – and carries a $22,000 fine or imprisonment for 12 months (or both).

Stay safe and catch ‘em all!

So why can’t you use a recording device in court?

The post identifies NSW legislation prohibiting the use of recording devices to record sound or images in courts. However, unless you are taking a screenshot of a wild Pokémon in court premises, it is unlikely that you would contravene the relevant provision. Other Australian states do not have equivalent legislation, but their courts can still prohibit recording inside the courtroom.

There is a tension between these powers and the “principle of open justice”.

The principle of open justice

“Open justice” is an essential attribute of our legal system. It means that court proceedings are normally open to the public, which builds public confidence in the administration of justice.

Open justice plays an important role in our democracy because it ensures that courts are kept accountable – judges’ work is on public display. This is a very old idea. Philosopher and jurist Jeremy Bentham made the point well:

Publicity is the very soul of justice … It keeps the judge himself, while trying, under trial.

We may have a right to attend court proceedings, but most of us do not exercise that right on a regular basis. Journalists often do. Through court reporting, the media has become the “eyes and the ears of the public”. Even so, journalists do not have a right to record what goes on inside the courtroom without permission.

Recording in the courtroom

Judges differ on whether the recording of court proceedings is desirable. Some express a wariness of audio-visual coverage.

For example, an application to film the sentencing of the late gangland figure Carl Williams was rejected out of concerns that coverage would not “present an accurate, impartial and balanced [account] of the proceedings”.

A recent case lends credibility to that type of concern. The baby Gammy case attracted international media coverage, which included false reports that baby Gammy was abandoned because he had Down syndrome.

The Family Court of Western Australia later attached strict conditions on the reporting of the case, and only permitted the use of file footage in media publications.

Dodgy media practices, and our “abhorrence of tabloid television journalism”, go some way to explaining why we can’t catch pocket monsters on our iPhones in Sydney courthouses.

More broadly, this event illustrates how generally conservative legal institutions are taking a cautious approach to accommodating rapid changes in technology and society.

What changing technology means for justice

Judges have recognised that the increasing ease of access to information presents a challenge for the administration of justice. For criminal law matters, changing technology threatens the jury system itself: trials have been miscarried because jurors accessed information about the accused on the internet.

On the other hand, changing technology also presents opportunities. Technology can provide the public with better access to the inside of the courtroom, and so can expand open justice.

In some quarters, this is already happening. Since 2013, the High Court of Australia has published audio-visual recordings of its proceedings; recordings of Full Court hearings are available on its website.

This follows practice of the UK Supreme Court, which has broadcast proceedings for some years. A number of judges around Australia, including the chief justice of Western Australia, have been strong advocates for enhancing open justice through the use of technology.

In recent years, judges have also had to grapple with the place of social media in the courts. In 2010, a Federal Court judge allowed the proceedings of a notorious copyright case to be “twittered or tweeted”.

Since then, some Australian jurisdictions, including South Australia, Western Australia and Victoria, have allowed certain members of the media to communicate during proceedings via media like Twitter. This is a positive step, which brings court practices toward societal expectations in a controlled and reasonable way.

Changing technologies have made information more accessible than ever before. Generally, this is a good thing. But it presents a challenge to older ways of doing things. Military operations have historically depended on keeping secrets; defence forces have had to adapt.

Michael Douglas is a lecturer in law at the University of Sydney.