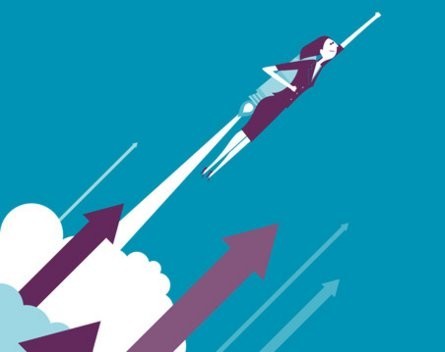 What once seemed like an overly efficient entrepreneur’s pipedream, being able to consolidate your social media, website management and lead generation activity into one output, is now a possibility with the launch of Sydney-based start-up Quixomatic.

Co-founder and managing director Brett Poole, who previously worked for Yahoo, told StartupSmart the idea emerged from the trend of start-ups and small businesses being active on social media first to build traction before investing in creating a website.

“Social alongside search is one of the big lead generation tools now, and websites are not that easy to launch and mange, with many people getting stuck,” Poole says.

“Setting up a Facebook page is far easier, and within most people’s expertise range. Most of us use Facebook as a consumer, so business owners understand naturally they’re tapping into an audience and can create a network.”

Poole says his team was shocked that so many Australian small businesses don’t have websites in 2013, and they began building the product early this year.

After working on it for three months, they launched private beta testing in May.

“The feedback was interesting. The one big point people wanted to make sure we got right was getting their images across,” Poole says, adding they also realised people were keen to offer credit card processing facilities rather than just PayPal.

The start-up has received no external funding so far. Poole says the transition from Yahoo to working in the tech start-up space was eye-opening.

“Heading up search at Yahoo meant working on a very proprietary platform. When I left I had to reconnect with the whole tech space. Mobile was really interesting and people are really trying to get their brands into the mobile space in an affordable way,” Poole says.