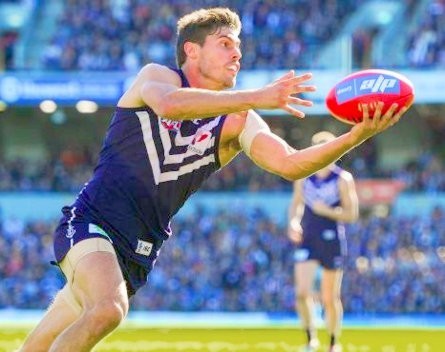 Computershare founder Chris Morris and a number of AFL stars are among the key investors in a new app that allows patrons to pay their bar tabs on their mobile phones.

The Aston Club app, which is used by restaurants and hotels in Victoria, NSW and SA, has attracted $1.5 million in initial funding from Morris and fellow investors including Fremantle Dockers Garrick Ibbotson and Michael Barlow and former footballers Ed Lower, Nick Lower and Daniel Pratt.

Aston Club is used by the likes of Melbourne’s Huxtaburger restaurants and pub The Penny Black, and Sydney’s Chippendale Hotel. Users can set up a bar tab when they arrive at the venue, set a limit on how much they would like to spend, and pay their bill via their credit card without leaving their seat.

According to the founders, the app saves the venues time and costs as they are not manually processing bar tabs.

Khoury told Fairfax participating businesses can use the app to entice customers. “They can use it for promotion or advertising, with tools like a loyalty system and database. They can get to know their customers better and provide more of a personalised service,” he said.

Morris, the founder and chairman of Computershare, is worth an estimate $600 million according to last year’s BRW Rich List. He is known for his technology investments, and currently has interests in software company QDos Technology and CarParking Technologies.

Morris told SmartCompany he was attracted to the app because of its combination of new mobile technology and its ability to address concerns in the hospitality sector, including the high number of individuals who attempt to settle their bills with invalid credit cards.

He said the team behind the business are “pretty smart guys” but was unwilling to provide information on the Aston Club’s turnover so far.

The Aston Club system is being rolled out across the 14 hotels and pubs in Morris’ Colonial Leisure Group and Morris said it offers real efficiencies for venues that have to deal with upwards of 40 parties attempting to pay their bills at once.

While Morris said it is still early days for the app, he said the system “works really well” and its usage is set to increase. “Mobile technologies are where it is at the moment,” he said.