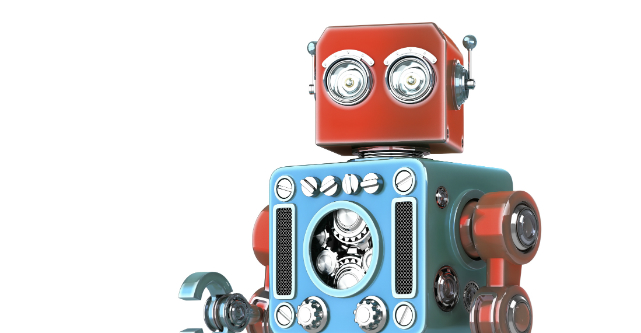 By Kate Letheren and Charmaine Glavas

“Make an appointment for 4pm today with Gary,” I say to my assistant as I hang up from a promising phone call with a potential client. There was a time when you had to be high up in an organisation to have an assistant.

My assistant is an artificially intelligent piece of software that lives in my smart phone. It makes me wonder if technologies like these could help a business grow.

A report called The Future of Employment: How susceptible are jobs to automation was published in 2013 by researchers from Oxford University. It was used last year by the BBC to create the interactive web page, Will a robot take your job?.

Simply enter a job into the website’s search box, press enter and out comes the percentage chance that that job could be automated, based on UK figures.

Enter typist and it says the job has a 99% probability of automation, a personal assistant is 68%. In fact, positions that are repetitive and mundane are more likely to be fulfilled by robots or some form of automation.

Robots and similar technologies are already in the workplace in a variety of forms. They appear in many places from manufacturing to remote-controlled police robots, even as sports reporters and surgery assistants.

Most people assume that robotics is reserved for the large production lines of the automotive industry. But companies such as the European Robotics initiative SMERobotics support the integration of robots across EU-manufacturing.

For the most part, robots are used for laborious work. The inability of robots to feel emotions (such as boredom) or physical sensations (fatigue or pain) make them ideal candidates for sifting through reams of data or even operating on a patient for hours without growing tired.

These abilities make robots a perfect addition to any growing innovative or entrepreneurial firm.

AI and robots for business growth

A day in the life of a small business manager or entrepreneur may not be as exciting as you’d expect.

Entrepreneurship is generally thought to involve big picture and forward-thinking, innovation, creativity, vision, tolerance of ambiguity and rule breaking (the list goes on).

Contrary to conventional wisdom, there are a number of smaller and more ordinary tasks that an entrepreneur generally takes on, all of which are necessary for the progress of the firm.

Much of the current debate around robots and jobs seems to focus largely on a jobless future. But research suggests artificial intelligence and robots for small business and entrepreneurial firms will deliver a host of benefits.

Machines and robots can do much of the mundane and repetitive work – such as making sure papers are filed on time, or being available for standard enquiries during the day. This allows business managers and entrepreneurs to be more creative and more entrepreneurial.

If a robot is taking calls, for instance, the entrepreneur has more freedom to visit clients in the field. No longer bound by the rules of 9-5, the entrepreneur can focus on adding more social and emotional value.

Indeed, even their well-being may benefit. Besides being suited to repetitive work, robots are also not affected by ambiguity, an inherent part of any small business or entrepreneurial venture.

Robots would be immune to any uncertainty and the fear of failure that a human entrepreneur may feel when investing both human and financial resources in new technologies that may or may not be conducive to business success.

For instance, when considering growth into a new, psychically distant market, a robot can weigh multiple information sources (such as market data) without being influenced by emotions such as fear of risk or apprehension of entering unfamiliar environments.

With technological advances comes the ability of business managers, in particular those of innovative entrepreneurial firms, to do more than ever before.

Robots may complete mundane tasks, but there are certain skills that are – at least for the moment – uniquely human that will likely keep humans in demand, despite the cost.

For example, the skills required when networking with clients or potential funding partners.

Reading and responding appropriately to verbal and non-verbal social cues is likely better handled by a human, who can self-monitor and adjust their behaviour accordingly. These skills will arguably become more important as humans learn to work in partnership with robotic counterparts.

Robots are unlikely to compete with humans in terms of social and emotional intelligence. It is unlikely that robots will be able to perceive and categorise a full spectrum of true emotions, let alone “feeling” or “expressing” them.

At present, programmed reactions and mimicry are as far as development has come for empathic robots. So those tasks that require true (not programmed) empathy or critical thinking and problem solving are the ones you’ll probably still want humans for.

Kate Letheren is a postdoctoral research fellow at the Queensland University of Technology.

Charmaine Glavas is an international business lecturer at the Queensland University of Technology.