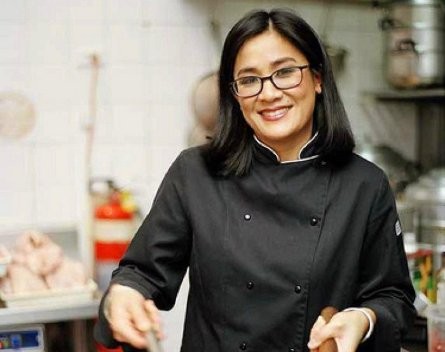 Sydney-based start-up Eatlove has signed celebrity chefs such as Kylie Kwong and Matt Moran to its recipe website, having secured financial backing from Rupert Murdoch’s nephew.

Eatlove, led by chief executive Mark Ashbridge (pictured below), describes itself as a “destination where food lovers can eat, cook and shop with inspiring chefs”.

In essence, it encourages top Australian chefs to share and curate their favourite recipes and food knowledge directly with food enthusiasts online.

Earlier this year, it was named Best Publisher at the AIMIA Awards.

The business has announced a second partnership with food publisher Lantern, having already secured a deal with Murdoch Books, acquired by Allen & Unwin last year.

Ashbridge is financially backed by Rupert Murdoch’s nephew Matt Handbury (pictured below), who sold Murdoch Books to Allen & Unwin. But that’s not the only big name Ashbridge has under his belt.

Eatlove says its partnership with Lantern, which takes effect in May, will increase the number of chef-authors to 50.

Lantern, which is an imprint of Penguin Books, specialises in publishing high quality illustrated books, with a focus on food, travel, gardening, lifestyle, interior design and art.

Eatlove is seeking to raise around half a million dollars to fund the second iteration of the website and will consider globalising the content by introducing more international chefs.

Ashbridge, whose background is in music and publishing, told StartupSmart he came up with the Eatlove concept whilst working at Murdoch Books, where he served as head of digital.

“My background is music and I noticed quite a lot of correlation between the two industries. Music is undergoing quite a lot through disruption,” he says.

“With food, the same thing is happening. The physical books are still selling well but getting harder to sell, and a lot of consumers are going online for their content.

“At the same time, [Murdoch Books asked me to] start developing a concept with food exclusively online… It was about challenging the status quo.

Above: Gary Mehigan and George Calombaris.

Ashbridge, who left Murdoch Books to set up Eatlove as a standalone business, admits getting celebrity chefs on board only came “with a lot of hard work”.

“The value for us was in developing great working relationships with publishers who have created the content, namely Murdoch Books initially and Allen & Unwin, which got Murdoch, and also Lantern,” Ashbridge says.

“It was two steps really – developing and showcasing the website to the publisher, who develops and owns the [chefs’] content, and working very close with the chefs.

“What Eatlove should grow to be is something of a marketing channel for them.”