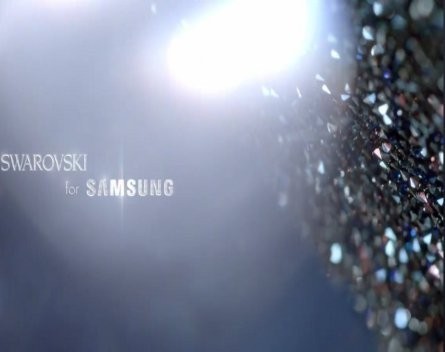 Samsung Electronics has announced a special edition of its Galaxy S5 smartphone built in collaboration with jewellery firm Swarovski called the Crystal Collection, which features a back cover covered in crystals.

In an official statement, the consumer electronics giant says the limited edition device will be available in selected regions over the coming months.

“So shiny. So bling. So crystal.

“As many of fashion-savvy Galaxy device users may already know, this is not the first time Samsung and Swarovski designed a blinged out back cover.

“Samsung and Swarovski have collaborated to create a limited-edition cover encrusted with Swarovski crystals for the recently launched Galaxy Note 3, which is available in three colours.”

News of the high-end smartphone comes as companies affiliated with Samsung Electronics and its South Korean rival, LG, both announced major innovations in OLED display technology.

According to a report in the Korea Herald, Samsung Group-affiliated Cheil Industries has announced it is mass-producing a new host material for green phosphorescent organic light-emitting diodes.

Cheil says it aims to produce 5 tonnes of the material each year for use in displays manufactured by fellow Samsung Group affiliate Samsung Display, which in turn will be used in smartphones manufactured by Samsung Electronics.

Meanwhile, the Electronic Times News reports LG Display is confident of being able to manufacture screens 100-inches (254 centimetres) across from corner to corner.

“We don’t have any technical difficulty with the production of OLED TVs with the size of the existing LCD TVs because we do not use micro-mask process in the deposition of organic matters. We can even produce 90-inch OLED TVs in the present stage,” Lim said.