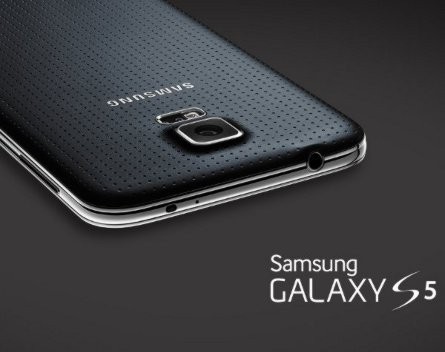 Samsung has unveiled its newest flagship smartphone, the Galaxy S5, at the Mobile World Congress in Barcelona, with the South Korean tech giant confirming speculation the new device is both dust-proof and waterproof.

Samsung is marketing the device as being designed to be used with the company’s Galaxy Gear range of smartwatches, with key features such as its S Health 3 software taking real-time readings from the watch.

The GS5 includes a 5.1-inch full HD AMOLED display with a display resolution of 1920 by 1080 pixels, again slightly larger than the 4.8-inch display on its predecessor.

A key area of improvement is in the camera, which Samsung had bumped up from 13-megapixels to 16 megapixels, with the device claiming the industry’s faster autofocus speed of up to 0.3 seconds.

“People want a high-quality yet easy-to-use camera built into their smartphones so that they can snap, edit and share like a pro. With the Galaxy S5 we were able to incorporate all of these needs without sacrificing the device’s design, style and general functionality,” says Ki Hyoung Son from Samsung Electronics’ camera R&D group.

Along with the new battery, the device includes an Ultra Power Saving Mode that turns the display to black and white while shutting off all unnecessary functions.

In terms of memory, it includes 2GB of RAM, 16 or 32 GB of internal memory, which can be upgraded using microSD cards.

One slight downside of the upgrade is a slight increase in weight, which has increased from 133g on the GS4 to 145g on the GS5.

In terms of connectivity, the new device includes fifth generation Wi-Fi 802.11ac and 2X2 MIMO, along with USB 3.0 ports and a unique feature called Download Booster, which allows it to simultaneously use Wi-Fi and 4G/LTE to send data.

“With the Galaxy S5, Samsung is going back to basics to focus on delivering the capabilities that matter most to our consumers,” Samsung Mobile chief JK Shin says.

“Consumers are looking for mobile tools that inspire and support them as they improve their everyday lives. The Galaxy S5 represents an iconic design with essential and useful features to focus on delivering the ultimate smartphone on the market today through people inspired innovation.”

Samsung says the new device will be available to consumers in April.