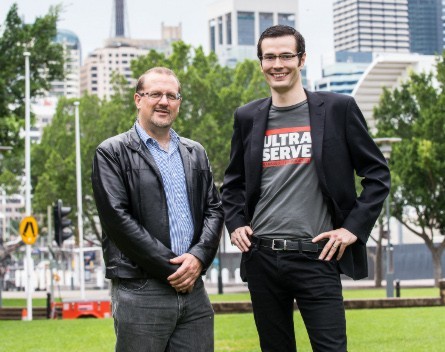 In part one of this two-part interview with StartupSmart, published yesterday, Hackett discussed how Internode originally sold software for VAX/VMS computers, before pivoting to become an internet service provider.

Hackett also discussed the importance of customer service, even in tech-related industries, and how he stepped away from the business in stages after selling Internode to iiNet for $105 million in 2011.

Since then, Hackett has launched a new electric vehicle (EV) venture with former Tesla Australia director Rudi Tuisk, called EV Race Systems, and has invested in both the flight planning application AvPlan and the cloud-based e-commerce services provider UltraServe.

In part two of this interview, Hackett gives an update on his current tech business ventures.

Hackett says EV Race Systems has designed “an exciting new form of electric racing vehicle, designed to be appealing to the YouTube generation!

“We are finalising that technical design right now, before gearing up to start making our first prototype vehicles later this year.”

Unfortunately for Australian EV enthusiasts, the company does not intend to follow in the tracks of US electric automaker Tesla by manufacturing production cars for the road.

“It’s not intended to be a production car company for public road use. These cars are definitely designed for the racetrack!” he says.

The new venture comes against the backdrop of traditional auto makers General Motors, Ford and Toyota announcing the end of large-scale production in Australia.

Hackett describes EV Race Systems as a small example of the long-term potential for an electric vehicle industry to emerge in its place.

“I do wish that the last few rounds of government subsidy for the Australian car industry had put money into making innovative new electric cars instead of just making more boring little ‘world platform’ hatchbacks that ultimately are made more cheaply in other parts of the world,” Hackett says.

“The key to Australian innovation in this sector in my view is in doing new, high value work, developing new intellectual property; not in competing in high volume, low-labour-cost sectors of the economy where other countries will always win.”

Recently, Hackett made a large investment in a cloud-based e-commerce services provider called UltraServe, taking a 40% stake in the company.

“UltraServe is a well-established business that delivers high quality results. They have been developing new intellectual property in their sector of late, leading to a new product called Lighthouse,” Hackett says.

“This provides a layer of smart and flexible ‘orchestration’ that automates the configuration and management of cloud computing resources. One large force in the cloud world is, of course Amazon, who offer services that are comparable to those developed and delivered by the UltraServe cloud.

“Rather than taking on the Amazon service and its huge scale, Lighthouse embraces it, by providing a consistent cloud services management layer for customers, whether the underlying cloud service is the ‘public’ Amazon one or the private UltraServe capability.

“So UltraServe, like EV Race Systems, is developing and deploying high value intellectual property in a globalised world.”

UltraServe was founded by Samuel Yates, who began the company as a high school student back in 2000 and was named one of SmartCompany’s top 30 entrepreneurs under 30 in 2012.

Yates, as a founder, played a key part in Hackett’s decision to invest in UltraServe.

“The best ideas will still fail to turn into a business success without great management. Samuel is an excellent entrepreneur and the long track record of UltraServe to date proves the point.

“My investment is intended to fund UltraServe to expand the geographic reach of an already excellent service and to further develop and deploy Lighthouse into a global market.”

Having recently made two major investments, Hackett says he is not actively looking at more startups to invest in.

“I’m not soliciting new investment opportunities right now, but I do keep my ears to the ground in fields that interest me, that I have a strong understanding of, and in which my team is capable of adding value,” Hackett says.

“When I find interesting things, I tend to reach out proactively to the people concerned. We have made investments to date in quite a wide variety of fields!”

Hackett’s advice for those looking to launch a tech startup of their own is to be passionate about what you’re doing.

“Success in these realms is predicated on being clear about what you are great at doing, and doing it! Don’t do something you are merely okay at. Find something you are passionate about and make it the centrepiece of your efforts,” Hackett says.

“For the other aspects of building and running that business – for all the things you need for it to work, but that you don’t personally excel at – find other people to fill in those parts of the puzzle.

“Make sure they, in turn, are passionate about the pieces that they are working on. Hire with very high standards. Mediocre people are the easiest thing to add to a business and can be the hardest thing to remove from it again later.

“But mostly, if you are passionate about what you want to do, then give it a shot. But if you aren’t, if you are not driven to live and breathe your vision to change the world, then you may do better (and certainly have a far lower risk life) by working, instead, for someone else who is.”