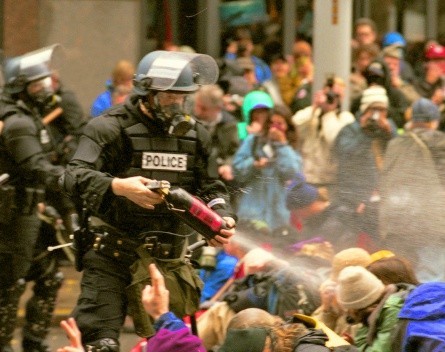 A new camera app is aiming to change the way journalists and activists report on events one cheeky snap at a time.

Sydney-based startup PicAway allows users to take photos and videos discreetly while directly uploading the files to a chosen cloud location. This means there is no trace of the files on the user’s device, allowing people to report on events without fear of their phone being confiscated, removed or lost.

PicAway founder Pedram Afshar said the app was inspired by the Manus Island riots and has already generated a lot of interest.

“Some people wanted to use it socially, some people said it was for sneaky photos with their girlfriend and we also had a lot of interest from journalists,” he says.

Afshar says the app has also caught the eye of Arab spring protestors.

“They’ve shared it with their friends and followers,” he says. “We’ve also had interest from Photography is Not a Crime.”

“We actually delivered this project within three weeks, which is quite a quick turnaround,” he says. “We’re looking for funding down the line because we think it can be more than just PicAway.”

Afshar says there is a lot of potential for cloud-sharing technology – for example sharing photographs with only a few family members or having a server where three or four work colleagues have access.

Another purpose of the app is to overcome issues arising from a tablet or iPhone having limited storage space. Afshar says users can choose between synching the app to Dropbox, Google Drive or an email account.

“There are issues around those memory or ‘no storage’ messages people often get,” he says. “People taking photos may miss that opportunity, but with Picaway they won’t lose those photos.”

The app also has a “secret swipe” feature. If users swipe to the right, a working Google page covers the screen – giving the impression the user is searching the web rather than taking photos.

Afshar’s previous ventures include a startup called eClosure, which closes down the social networks of deceased individuals. He says this passion for social justice was also the driving force behind PicAway.

“We saw reports of police officers confiscating phones on Manus Island and said ‘hey, let’s have a crack at making this app’,” he says.