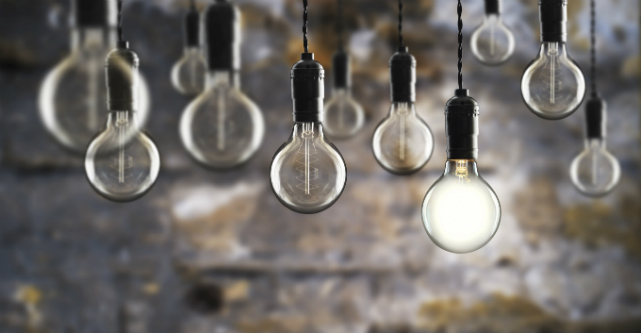 “We stand on the brink of a technological revolution that will fundamentally alter the way we live, work, and relate to one another.”

So said Klaus Schwab, the legendary founder and executive chairman of the World Economic Forum in a paper earlier this year that describes the next wave of technological advancement as the ‘Fourth Industrial Revolution’.

Schwab would know. He holds PhDs in both mechanical engineering and economics – he knows what’s coming and he knows how important it’s going to be for national economies and the globe as a whole.

StartupAUS recently published a discussion paper entitled Economy in Transition – Startups, innovation and a workforce for the future.

It focused on the very significant effects technology is already having on the workforce in Australia. Vocational skills are changing rapidly – LinkedIn data analysed for the report indicated 16 of the 20 most in-demand skills in Australia right now are technology related.

To many, that’s a scary number.

We shouldn’t be scared. These numbers only tell us something most people already sense – that the world is changing, rapidly.

Ever since the first Industrial Revolution technology has changed jobs at what seemed, at the time, to be an unsustainably rapid pace. But it has always created more – and better – jobs than it destroyed.

The motorised engine certainly disrupted the horse carriage and associated industries. As did the light globe, refrigeration, the washing machine, the ATM, and the digital camera. Technology may have made the ice supplier obsolete, but it created unprecedented access to fresh food in the home, made global trade in perishables possible and even put ice-cream on the menu.

It’s highly unlikely to be any different this time around. There will be a vast array of new jobs and new economic opportunities on offer in the coming decade.

Around 25% of the market capitalisation of the top 100 companies in the US at the moment is made up by tech companies. Technology leaders like Apple, Google, Microsoft, Amazon and Facebook have become the largest companies in the world. The same figure in Australia (and much of the rest of the world) is just 1%.

There is a vast ocean of economic opportunity coming, and – if we position ourselves well – it will transform our lives and our economy for the better.

In order to take advantage of this, we must acknowledge that there is a transition happening, and that it needs careful management. We will need to help workers re-skill, and make sure our youth are given educational opportunities that allow them to develop the skills they will need in the new workforce.

We must also focus our efforts on supporting the parts of the economy which will help us transition most effectively.

They key here is that we need to support innovation, and particularly bold innovation coming from tech startups. High-growth tech startups create vast numbers of new jobs, particularly in transitional economies. And they are jobs right at the forward edge of the economic curve, likely to deliver prosperity over a long period to come.

In a report released late last year, the Office of the Chief Economist in the Department of Industry noted that startups already create substantially more jobs than established industry, which actually shed about 400,000 jobs between 2006 and 2011.

Young firms (two years old or younger), on the other hand, had created 1.44 million jobs in the same period. The report emphasised that “the bulk of this employment growth is driven by a relatively small number of high-growth-orientated startups”.

Embracing innovation and startups for the kind of sustained period Australia needs will take guts and leadership. Australia’s political leaders, and all of us who are passionate about innovation, must continue to highlight the importance of getting this right.

StartupAUS is in the process of writing this year’s Crossroads Report, which will update and expand on our highly acclaimed action plan for helping to grow Australia’s startup ecosystem.

We do, indeed, stand on the brink of a technological revolution that will fundamentally alter the way we live, work, and relate to one another.

The good news is that if we play our cards right, as we have done over the last three such revolutions, we can come out the other side much better off than we are now.