SurveyMonkey and asking the right questions 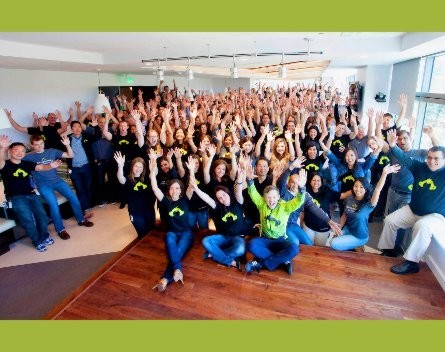 SurveyMonkey, one of the great survivors of the original dot com boom, announced on Wednesday it is opening a Sydney office as its first branch in the Asia-Pacific region.

“It’s our third largest market after the US and the UK. On a per-capita, basis it’s our best market,” Goldberg said.

SurveyMonkey’s Sydney office will be its third location outside its Silicon Valley base, after Goldberg announced a London office to supplement its Portuguese development team late last year.

As with London, the Sydney office won’t be employing any developers. Instead, the Australian staff will work on sales, marketing and support, with a focus on launching the company’s new Audience product, which provides interview panels for enterprise customers.

SurveyMonkey’s global expansion is being funded by an $800 million dollar capital raising last year that values the privately held company, with investors including Google and Goldberg himself, at $1.3 billion.

The company itself is one of the survivors of the original dot com boom having being founded in 1999. It’s a world that Goldberg is very familiar with as the founder of LAUNCH, one of the world’s first online music businesses, which was founded in 1994.

After selling LAUNCH to Yahoo! and becoming the online media giant’s music director, Goldberg later joined the venture capital world and was appointed SurveyMonkey’s chief executive in 2009. Before launching his own business, he was a Bain & Co consultant and spent some time living in Sydney during the early 1990s.

Goldberg sees the company needing that warchest as the industry develops, “I think we’re still very early in a lot of the changes that are happening. We’re going to really see the advantages of tying these services together. That’s still early on but we’re beginning to see that as customers begin to tie SurveyMonkey together with other applications so they are integrated rather than siloed.”

“We’re also really early on in mobile,” Goldberg muses. “We’re doing in mobile what we did in the early days of the web where we just took things we were used to in the analogue world and put them online, we’re still in that stage of putting the web onto mobile.”

For entrepreneurs and small businesses, Goldberg’s advice in dealing with a rapidly changing economy and a world awash in big data is to ask the find the right tools to ask the right questions. “I think people should figure out what are the questions you are trying to answer and then find the tools that help you answer those questions.”