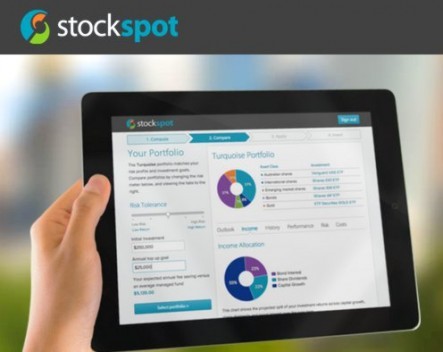 Sydney-based financial technology startup Stockspot is hoping to become the second Australian company in two years to be named a finalist at the SWIFT Innotribe Startup Challenge’s Singapore showcase.

Today the company announced it has been selected to represent Australia at the showcase, which is being held at the Next Bank Asia Conference in Singapore on Thursday.

Three finalists will be selected from 10 startups described as “Asia’s most Innovative early stage financial technology companies” and invited to go on to compete against finalists from New York and London showcases at the grand finale, which will be held during Sibos in Boston in October.

Stockpot CEO Chris Brycki says the team is thrilled to have been selected.

“Our technology helps to reduce the costs and risks of investing – while making wealth management accessible to more people,’’ he says.

“It’s an online product that enables us to scale across a lot of people and allow people to start with a very low first balance, just $2000, so almost anyone with a little bit of savings can get started.

“If those people wanted to invest, normally they couldn’t speak to a financial adviser, because they fall under their radar, it’s not worth it to them.

“We’re honoured to have the opportunity to share our vision with business leaders from around Asia.”

Brycki says Stockspot are hoping to emulate Pocketbook’s success, albeit in their own way, given the two business models are quite different.

“We charge customers from the start, so we’re already making revenue,’’ he says.

“We’d love to see a couple of hundred users; two to four hundred by the end of the year would be great for us.

“We’re trying to make sure all our first customers are happy and taking on their feedback and improving the site along the way.

“Making sure the quality of the service is underway before we start to look at the growth side.”

Brycki says Stockspot will focus on the Australian market where it is most familiar with the regulatory requirements of the industry, before looking at expansion into other markets.