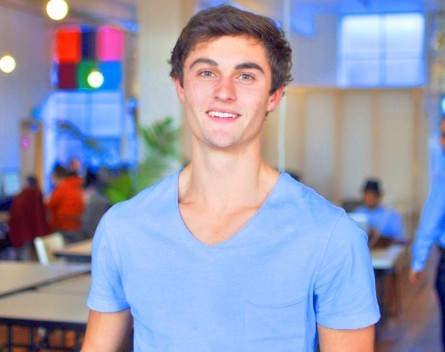 In 2012 he founded Tablo, a cloud-based e-book publishing platform that has just secured $400,000 in seed funding.

“A lot of people think that, because publishing has gone digital, that it’s simple,” Davies says.

“It’s still incredibly complicated and expensive though, and it’s even harder for an author to have their work discovered.

“Authors can drop in a document or write in the cloud and reach the iBooks Store or Amazon with a single click.”

Lead investor and former CEO of the Catch Group, Paul Reining, has joined Tablo as a director and adviser, while other investors include Y Combinator partner Kevin Hale, and one of Tablo’s most successful authors, John Buck.

Davies says the advantage Tablo has over traditional publishing methods is the service allows authors to build an audience as they write, by releasing parts of their book as they work on it.

“Traditionally authors write solitarily for months and years before submitting to publishers,” he says.

“Tablo empowers authors to connect with readers while they write their book.”

The advantage of that share-as-you-write approach, Davies says, is that by the time the book is finished, it already has a following.

“We have a number of successful authors on the platform, and the key point of difference is we help that author build their readership as they write their book.

“The next bestseller can be discovered before it’s been published.

“As opposed to traditional publishing where an author will work very hard for a long time and then publish to an empty audience.”

Since going live roughly 12 months ago, Tablo has built a community of 10,000 authors from 100 different countries.

It offers a ‘freemium’ based subscription model. It costs nothing to create and share books, but authors who want to publish on the iBooks Store and Amazon need to subscribe, which starts at $7.95 per month.

Authors receive 100% of the royalties, once Apple and Amazon take their commissions.

The startup is a graduate of the AngelCube accelerator program and he says the program had a big role in making the funding round possible.

“As a new entrepreneur it was never going to be easy,” Davies says.

“But going through AngelCube and working with their network made it easier and at the core of it we have a great product.”