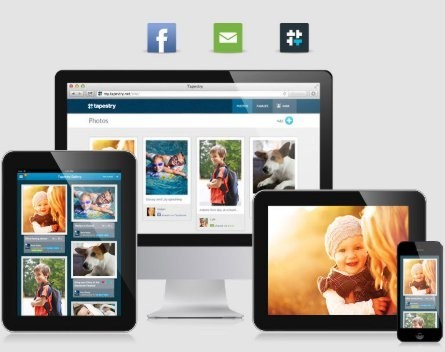 Tapestry, an app that connects seniors to services, the community and their loved ones, has announced a new enterprise version of their software and plans to rapidly roll out their offering in the US.

Launched in late 2012, Tapestry has over 15,000 active users and is coordinated by a team of six.

Founder and chief executive Andrew Dowling has recently returned to Australia after pitching at an AgeTech conference in the US and locking in six clients.

He told StartupSmart they were focusing on the US as the aged care sector was both larger and more technologically adept than the local one.

“The fact they even have a conference around the age tech specifically shows you something about how they’re thinking and size of the industry there,” Dowling says. “We have the same issues here too, but the discussions aren’t as far along in their thinking.”

The three-year-old start-up has also been accepted in an aged care tech accelerator program in the Aging2.0 start-up network.

The idea for Tapestry emerged when Dowling was studying for an MBA in China when his academic studies and placement provided him with an insight into a huge emerging problem and market.

He was working with the Chinese government around the ageing population trend, and through his studies discovered the idea of social enterprises – profitable and sustainable businesses seeking to create social good.

“We first started with a very different idea to what we’ve got now, as start-ups often do. We thought we’d launch our own hardware device, but after we engaged the market we realised it would be more advantageous to create a solution that works on any platform,” Dowling says.

The newly launched enterprise option required a complete rebuild of the initial hardware and Android software offering launched in late 2012. The software now works on iOS and Android platforms for mobiles, tablets and computers.

“We originally launched on Android as it allowed us to control the entire user experience so it was as easy for first-time users as possible,” Dowling says. “But there was demand far beyond what we anticipated and we realised we had to be able to come to our customers no matter what device they were using.”

The Tapestry team will be focused on proving the appetite for their enterprise offering in the US and raising funds to internalise the app.

Dowling adds their performance in the US will influence how much funding they aim for.

“If it goes as well as we hope, we’ll go for a series A so we can start translating the app for other markets, otherwise it’ll be a late seed round to enable our local growth,” Dowling says.