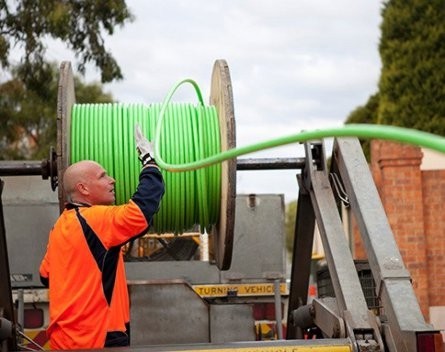 Tasmanian startups say the rollout of “transformative” NBN services is vital for businesses, as IT lobby group TASICT warns the rollout of the NBN has slowed to a crawl across the island state.

In its submission to the National Broadband Network inquiry, TASICT says that it remains supportive of the full fibre-to-the-premises network being rolled out to all 190,000 premises originally earmarked for connection.

However, it warns that the project has been used “as a political tool” by all major state and federal parties, while key issues are ignored.

The report also notes increasing frustration from retail ISPs about the technology that will eventually be used on the project, with an estimated 50% of appointments missed by contractors due to delays in rolling out the network.

“Prior to the 2013 Federal Election, TASICT lobbied for the completion of the existing fibre to the premises (FTTP) NBN rollout,” the submission states.

“Soon after it become clear the rollout was facing significant issues in Tasmania. By June 2013 the project was plagued by disputes between NBNco, Visionstream and its subcontractors as well as concerns over asbestos risks during remediation work.

“These issues were never dealt with by the Government of the day. In fact, they were completely ignored and the rollout had almost stopped by September 2013.”

The submission claims less than 4000 new premises have been passed by the rollout since Visionstream announced plans to accelerate the rollout in December of last year.

“It was hoped these issues would be addressed by a new government and the rollout could get back on track. To date, that has not happened,” the submission states.

Tasmanian startups who have been able to gain access to the National Broadband Network have described it as being transformative.

Paris Buttfield-Addison, co-founder of independent Hobart-based computer game and app development studio Secret Lab, told StartupSmart before the NBN, the fastest upload speed he could get on ADSL2 was just 0.9 Mbps.

“The connection of the NBN via FTTP to our business has enabled us to be significantly more efficient, work faster with international and interstate clients, and offer better service to our existing clients. We’re able to accomplish in a matter of minutes what used to take overnight – or much longer: Uploading large files!” Addison says.

“Prior to having the FTTP we used to have to use expensive Telstra 4G connections or resort to using the post to mail hard drives or USB sticks to clients to transfer data around. The upload component of NBN has been the most transformative for us.

“We think it’s a bit sad that the rollout has slowed significantly, and we hope that the FTTP rollout moves faster in Tasmania soon. It would be nice if FTTP ended up being widespread here.”

The sentiment is echoed by Biteable.com cofounder James MacGregor, who told StartupSmart the NBN rollout is essential for the growth of Tasmanian startups.

“The snail paced rollout has been disappointing. If any state needs a boost in business productivity it’s Tassie. The NBN holds a lot of promise for the new wave of tech businesses emerging in the state,” MacGregor says.

“Our video animation startup Biteable.com is heavily dependent on bandwidth speeds as we’re constantly moving large video files. Our servers are based in Hobart currently but we’ll most likely move them overseas as an NBN connection seems like a pipe dream at this stage.”

An NBN Co spokesperson told StartupSmart it remains committed to the Tasmanian rollout.

“NBN Co and its construction partner in Tasmania have commitments to deliver fibre to as many premises this year as were passed in the previous five years of the project,” the spokesperson says.

“We are also improving our construction standards so homes are connected at the same time the fibre is being rolled out down the street.

“This change in approach, coupled with the incorporation into the network of existing infrastructure, such as Telstra’s copper, will enable more families to receive fast broadband sooner.

“Everyone in Tasmania will receive the NBN. But the rollout will be achieved by working together with construction crews, communities and the telecommunications industry, not by continuing to set heroic targets.”

The spokesperson also points out the latest weekly rollout metrics can be found on the official NBN Co. website.