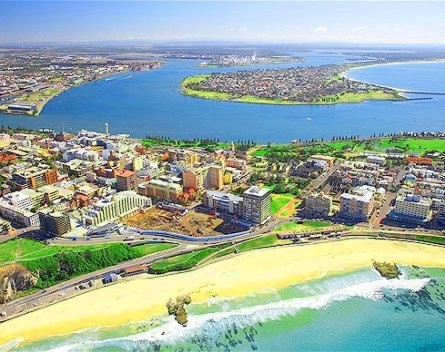 Australia’s mining boom can’t last forever, we’re told. We have to think further ahead, and move away from our reliance on a commodities-based economy to one based on innovation, technology and intellectual property. Well, in Newcastle they’re doing something about it.

“No business can rest on their laurels or rest on their past successes,” said Colin Wilson as he launched Newcastle’s inaugural DiG festival and conference last week, with the theme “Adapt or Die”. Wilson, who’s managing director of digital agency Sticky and creator of  InsiderJobs.com.au and NLYZR.com, co-founded DiG with Steph Hinds, founder of Growthwise Accountants, and the team at Eclipse Media, Events and PR.

“We talk about how we’re mining nerds here in Newcastle, and we think that’s a good thing,” Wilson said.

DiG — it stands for digital plus interactive plus green-tech — claims to be loosely based on the South by Southwest film, music and interactive festivals held in Austin, Texas every March. It’s got a long way to go. The Austin events sprawl across three weeks and pull in more than 20,000 people; DiG has started with a two-day event and a couple hundred attendees — but there was the palpable sense that it was the start of an actual thing that will surely grow.

The program was certainly eclectic, kicking off with a stream of sessions about the future of electronic payments and running through the futures of education, marketing and advertising, citizen-centric media and ABC Innovation’s Newcastle-based trial of mobile news site Spoke, and sports broadcasting.

We heard how the maker movement, which presenter Ian Lyons characterised as “the web generation building with atoms instead of bits”, will transform the economy, using drones as an example. Thanks to information-sharing sites like DIY Drones and open-source hardware, prices are plummeting. The Kestrel Autopilot for drones from Lockheed Martin costs $8500, but a new open-source flight controller is about to hit the market at just $200.

Ponder the implications, Lyons said, of personalised smartphone-controlled nanocopters, the fact that there are now co-working spaces with the latest high-tech machine tools available from just $125 per month, and Ponoko, the “personal factory software platform”.

Lyons compares the current state of the maker movement to the 1970s hobbyist computer movement — just before commercialisation and mass production hit with the Apple II of 1997 and the IBM PC (model 5150) of 1982. The evolutionary explosion is yet to come.

We also heard about the University of Newcastle’s work on drones, too, and about self-navigating electric buses, “solar paint” that has the potential to turn almost any surface into an energy source, and far more than can be listed here.

While DiG, or at least this first one, may lack the numbers of its Texan inspiration, it made up for it with that laid-back vibe of sleeves-rolled-up Novocastrian practicality — an atmosphere that seems to have been re-emerging across the city since I last visited, three years ago.

Hunter Street, once the city’s main drag, is still studded with derelict buildings and even the occasional vacant lot, but there’s also plenty of new construction work going on, both commercial and residential. Hunter Street Mall has come alive again. At least some of the credit for that can go to the Renew Newcastle organisation, founded by Marcus Westbury. Westbury also founded Newcastle’s This Is Not Art festival (TINA), and it’s no accident that DiG is scheduled to run in the days immediately preceding TINA to maximise reasons to visit the city.

According to entrepreneur and angel investor Con Georgiou, while Newcastle became a ghost town ten years ago, it’s now reinvigorating itself through the revival of entrepreneurship — digital and technology and online.

“Innovation or creativity happens in a hub or a community, just like Montmartre in Paris, where you had all the creatives sucking back on absinthe and sharing ideas, and getting hunches bouncing off people, and coming up with amazing ideas,” Georgiou told Crikey. “What’s happening in Newcastle is a beachhead for the rest of Australia,” he said. “It goes to show that you can be remote and still have an impact.”

Georgiou has recently incorporated an Australian version of Canada’s One Million Acts of Innovation, with the aim of making Australia one of the top five countries for innovation globally. “What we need are case studies like what’s going on in Newcastle,” he said.

DiG plans to post videos of each conference session on their website over coming months. As Wilson told Crikey, this first DiG Festival and Conference is really an advertisement for next year’s event.