Tech’s intrusion in the bedroom 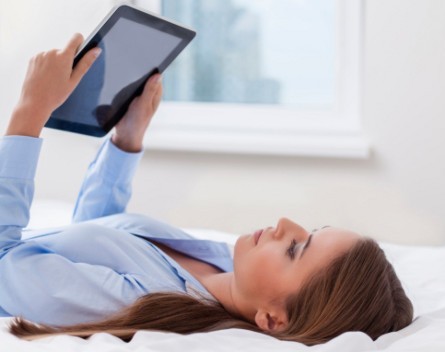 A digital distraction survey, commissioned by Durex, which describes itself as “the #1 sexual wellbeing brand worldwide”, has found that technology is having a negative impact on relationships.

Well, 35% of them which, when you consider that texting during sex is a well-known phenomenon (the survey says 13% do it), might actually make it a fairly positive statistic.

More alarming, the research also revealed that annoying alerts have acted as the catalyst for fights across the nation with more than 40% of Australians acknowledging that they have argued with their partner about the use of smartphones during alone time.

The findings also revealed more than one-quarter of Aussies (27%) have experienced their partner putting off or not wanting to have sex because they were using technology.

It’s not just the bedroom where couples are finding distractions, with over half of Australians (57%) claiming that mobile phone use during meals has interrupted their conversations and connection. Though, this might be good news for introverts.

This study was conducted online among a representative sample of Australians aged 18-64 years.

The sample was 1004 respondents, distributed throughout Australia including both capital city and non-capital city areas.

The research was conducted in the lead up to Earth Hour (March 29) as Durex calls on Australians to use the hour of lights out to turn off their technology and reconnect with their partner.

Legitimate technology findings aside, we’re not sure what environmentalists will make of Earth Hour being turned into a call for ‘sexy time’.