The Australian software start-up behind the e-commerce powerhouses 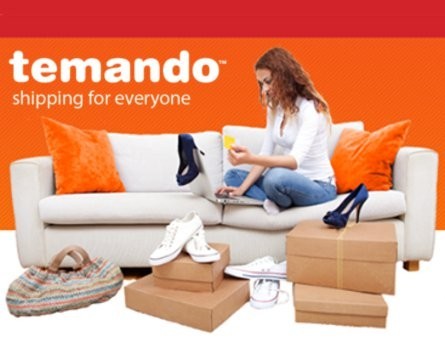 E-commerce logistics software start-up Temando is expanding into the United States, the United Kingdom and increasingly Asia after several years of strong performance, including signing up some major clients including Myer, Deals Direct and The Iconic.

Launched to combat the high rate of online sales abandoned at the checkout stage, co-founder Carl Hartmann says the software-as-a-service offering is about creating new delivery solutions and boosting the whole e-commerce ecosystem.

“Our core focus is our model creates new logistics models that are cheaper, better or faster because all the data says no delivery options is a sales-killer. So our big challenge was to overcome those barriers to create those sales that wouldn’t otherwise exist,” Hartmann says. “We’re taking an ecosystem approach, so we can create is a multiplier effect for the whole ecommerce space with more sales.”

The Temando software works with over 400 delivery companies worldwide, and is packaged into a range of shopping trolley systems such as Magento. Hartman says the idea has evolved considerably since he first launched it in 2009.

“In the early days when I was looking at the problems for the first time I thought aggregating into one system would be the solution. But it’s become less of a software and more a services play, as we’re building solutions for clients,” Hartmann says.

With over 40,000 clients from massive to micro-businesses, Hartmann says they increasingly focused on offering tailored solutions.

“For someone like The Iconic it’s about backend efficiency and compliance with different shipping suppliers. But clients come to us with a range of mandates including helping reduce costs. There are a lot of challenges for smaller companies who need volume and scale to access lower prices, so we try to pre-package that and work with a range of providers,” Hartmann says.

He adds as they’re constantly building new solutions, finding good technical talent continues to be his major challenge, although Hartmann adds the fact his co-founder Cameron Deane used to be head of software engineering helps a lot.

The Temando team is now over 100-staff strong in three offices across the globe.

“We’re not too precious about being known. We joke that we’re one of the biggest companies no one knows about,” Hartmann says.

Temando’s rapid growth was fuelled by a venture investment from Ellerston Capital in early 2012. Hartman says entrepreneurship is something that can only be learned iteratively, but he’s loving every minute of it.

“Managing fast growth is always challenging no matter where you are. Containing and managing that so it’s sustainable is fun, but now the challenge is working in three time zones, so that eight-hour work day certainly gets stretched,” Hartmann says.