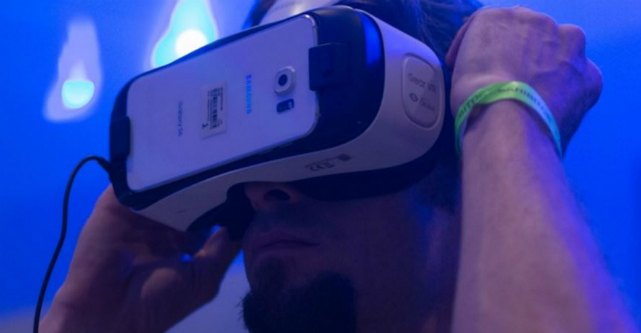 When you mention virtual reality most people’s thoughts turn to video games.

Indeed, Sony has just announced its new Playstation VR headset. But VR isn’t just about gaming. There are many other interesting and exciting uses for VR.

Education is a prime candidate for VR applications. Imagine immersing a student entirely into another world.

One such is the World of Comenius, named after a 17th Century Czech teacher, John Amos Comenius. It enables students to learn about anatomy and to drill down into the various parts and systems of the human body.

Meanwhile in Japan, in the wake of the tsunami, researchers at Aichi University of Technology are working on a VR simulation that will actually train people to cope with a similar disaster.

There is also great news for artists, as 3D drawing and painting are becoming a reality. Oculus Story Studio is working on software that will allow an artist using a VR Headset and haptic devices to take digital art to a new level.

In a similar vein, HTC is bringing out Google’s 3D painting app, Tilt Brush, to the HTC Vive VR headset.

On a more serious side, VR can help with problems such as depression, post traumatic stress disorder and alcoholism. An early study has shown promise in using VR to treat depression.

Researchers are also looking at whether VR can improve the experience of being in hospital, and even undergoing a medical procedure. In one the latest studies, the Cedars Sinai hospital in the US has been testing the use of VR with patients, and the results seem promising.

VR might also help relieve the tedium of flying, especially on long haul flights. One French airline, XL airways, is looking to introduce VR into its planes on a trial basis.

The technology is provided by a company called Skylights and could soon become a common feature in air travel. So instead of being on a plane, you could be enjoying the sights and sounds of some virtual venue or exploring your destination, all in full 3D.

VR is also entering the world of sport, not only being used for games but for actually training athletes, as in the case of American Football players.

VR allows a quarterback to test their reactions to certain plays and situations over and over again without actually having to go onto the football field. these skills then translate into performance on the field.

When talking VR applications, sex often comes up. While the obvious ideas will become part of the VR offerings, such as with virtual strip clubs, one firm is investing in the technology as a form of sexual therapy. This includes devices where that can “improve your sex life” with the help of their VR experience.

Walk among the pixels

On a more staid topic, architects and designers are looking to VR to allow them to do a virtual walk through of a building, and thus iron out any problems and design changes before the foundations go down.

There are also some groundbreaking moves afoot with regard to film making using VR. A number of VR projects are already underway and have been featured at the Sundance Film Festival.

The way the viewer perceives and interacts with the story in VR can be very different to the experience of film on a flat screen. The clip below discusses a story about a hedgehog called “Henry” and how the viewer can react in very different ways to the encounter.

Even the news may be portrayed in a new way using VR. Some news organisations are already investing in 360-degree news videos, which can be viewed on a normal screen. Nonny de la Pena, a journalist, explains how her projects are aimed at taking viewers right into real life simulations of situations using VR.

Virtual reality is still in its early experimental days. Which of these applications will become mainstream is an open question. But what is more certain is that gaming is just the tip of the immersive iceberg.

David Evans Bailey is a PhD student in virtual reality at Auckland University of Technology.