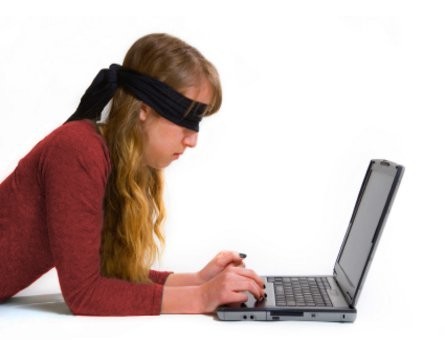 Schebesta, who founded online comparison website finder.com.au and is also a StartupSmart mentor, has put together a list of the signs he says show that an internet company is likely to fail.

“In this digital age a good idea is never enough,” Schebesta says in a statement.

“When I started out, experimentation was my key to success. There were many strategies that I had to abandon when I realised they wouldn’t thrive in an Australian market.

“A good entrepreneur can spot a ‘flop’ a mile away and knows when to separate passion from making profit.”

Here are Schebesta’s 10 indicators that an internet company is set for failure:

1. The owner expects it to go viral

“The most successful viral campaigns out there are for brands that have already established themselves in the market and have an existing following. Viral campaigns drive brand awareness not sales and should support a core marketing strategy, not the other way round. Banking on the fact that an idea will flood the social media space is a huge gamble. Not to mention creating viral content with mass appeal is extremely difficult.”

2. The chosen idea adds to an already ‘successful’ core product

“A product that adds value to another successful idea can thrive in the beginning however, when the existing product fails or its owner decides that they can create that add-on even better, this business becomes redundant.”

3. The product is good but could easily operate as a free service

“I’ve watched entrepreneurs crumble as larger businesses swoop in and offer a similar service for free. Remarkably I’ve also watched as others try to establish a paid service when it’s already available at no cost to the consumer! It’s not a good idea if money can’t be made from it. Evernote is an example of a business that is luring customers with free basic packages and then charging for upgrades. As a result frustrated users are turning to websites that offer the same tools for free such as Apple Notes or Google Docs.”

“Brands that are non-personable scream out to customers that they’re money-making schemes. Customers need someone to talk to when things go wrong, otherwise frustrations can kill a good reputation. So many business owners that think being online gives them the right to be faceless, when in fact, it requires extra effort to communicate.”

5. The owner has picked a business where others continuously fail

“Two words – group buying. Why do businesses keep trying to establish in this dying market, especially when it’s dominated by a handful of larger businesses? Too often I see business owners who are too proud to change an idea or enter a different market, sometimes you just have to go back to the drawing board.”

6. There is no differentiation to well-established competitors

“Think realestate.com.au or Seek.com.au – they operate so well in the market that smaller competitors don’t stand a chance. When an entrepreneur thinks they have a differentiation, they need to question how long it would be before their largest competitor also incorporates this idea. These websites own the monopoly because they have the following and funding to do it bigger and better.”

7. The business can’t be explained to a 12-year-old

“Over-complicated ideas result in users switching off completely. If a 12-year-old doesn’t understand a product then I say don’t bother taking it any further. Ideas need to be marketable to everyone in order to succeed.”

8. It’s for a niche market, not the mass market

“Australia is already a tiny market to operate in and those businesses with a niche idea are narrowing their success even further. When an idea becomes too specific consumers feel alienated and lose interest. To make a niche idea successful, business owners need to consider add-ons or how they can open it up to a broader audience.”

“I am flooded with requests each month from the ‘budding’ Mark Zuckerberg. You are not the next social network. That ship has sailed, now we need to move on.”

10. The owner is trying to find new industries or customer problems to solve

“If a product doesn’t solve an obvious problem or make a customer have an ‘Aha!’ moment then it shouldn’t exist. If there are existing solutions to problems that an entrepreneur is trying to compete then they need to innovate in a whole new way to get audiences on board.”