The crisis of confidence in the Internet of Things 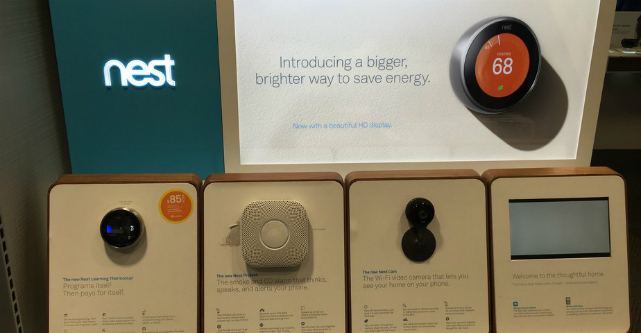 The world, it seems, is growing increasingly skeptical of the stuttering revolution of the Internet of Things.

The latest round of doubt has been ignited by Alphabet’s Nest’s decision to shut down any further support for its recently purchased Revolv smart home hub. The hub is a relatively expensive ($US300) device that integrates a range of smart home appliances, arguably something that is an essential first step in making Internet of Things devices at all useful.

Nest however wants the team behind the Revolv hub to concentrate on making other things integrate with Nest devices rather than making other competitors’ appliances more functional. This has again highlighted the major failing with the current state of the Internet of Things in the lack of integration of the products to really have these devices do something particularly useful.

Nest in particular has not brought out a new product in the past two years and is apparently struggling to make significant revenues on their existing smart thermostat and smoke alarms. It seems that consumers don’t see enough value in these devices to go to the effort of replacing their current systems.

The difficulties that Nest is experiencing in building a sustainable business out of smart appliances will not come as any surprise to users of any of the current batch of these types of devices.

Their shortcomings are certainly not limited to devices from Nest. Apple’s HomeKit-enabled systems that measure temperature or act as alarm sensors are also overpriced for the limited extra functionality that they are supposed to deliver.

In Apple’s case, HomeKit has further compromised functionality for the sake of security. HomeKit’s security measures restrict access access to data on these devices so that a user needs to unlock their phone and open an app that has been given permission to access the data.

Because a device like a HomeKit thermometer only stores a limited number of days’ data, data will get lost if the user doesn’t regularly open the app to synchronise and retrieve what has been stored. The synchronisation process also slows down, the more infrequently the app is accused making it even more frustrating to use.

Nest’s decision not to continue supporting the Revolv hub has highlighted that all of these devices have a very limited lifespan. As one reviewer has pointed out, a fridge that should last 10 or more years is very unlikely to promise that the smart features built into it would last that long or be supported for that entire period.

The trouble with this view however is that following this stage, a technology is supposed to eventually emerge as being truly useful and contributing to an increased productivity through its use. It is not clear at all that the Internet of Things will ever get to that point, at least as it applies to the consumer market.

In the general dismay about Nest, the success or failure of the Internet of Things is tied with its use in the consumer space. This was the same view held by commentators regarded the 3D printing market when they saw a role for a printer in every home.

The consumer market for 3D printing has not taken off and companies like MakerBot that targeted consumer use of the technology have done badly. 3D printing itself has found a expanding role in industry however and the same is the case for the Internet of Things.

As with 3D printing, the balance of complexity, cost and functionality for the Internet of Things is not weighted in favour of a consumer use of the technology. Companies like Nest will continue to struggle to build a business solely on the consumer.

Google came to the same conclusion with its Google Glass product as this is now repurposed only for businesses. Transitioning Nest to focus on something other than the consumer space would be very difficult for Google and so it is difficult to see how Nest will continue to survive. However, Nest’s failures should not be confused with the ultimate success of the technologies of the Internet of Things.