The eight biggest announcements from the 2014 Mobile World Congress 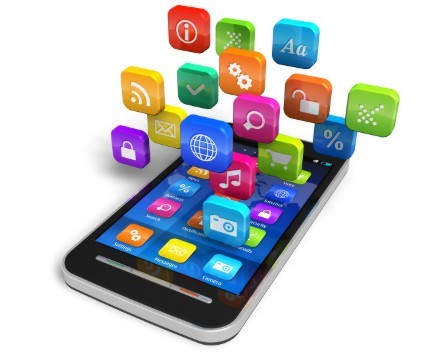 This week in Barcelona, the GSMA – the peak global standards body for the mobile phone industry – is hosting its annual industry trade event, the Mobile World Congress.

Perhaps more than the Consumer Electronics Show in January, the MWC is the big event where mobile phone makers unveil their new smartphones and other products for the year ahead.

This year’s event certainly hasn’t underwhelmed, with major announcements from some of the industry’s biggest players.

It’s time to take a look at eight of the biggest announcements from this year’s show:

Samsung is now easily the biggest handset maker in the industry. According to IDC, for the full year of 2013, it shipped a massive 313.9 million smartphones worldwide – that’s three out of every 10 smartphones shipped anywhere in the world.

Forget about Apple versus Samsung, it’s not even a race anymore at this point. Apple shipped 153.4 million units in 2013, meaning that for every handset Apple shipped, Samsung shipped more than two.

In fact, with the exception of the US and Japan, Apple is not even really competitive with Samsung anymore. That race was lost two years ago.

In addition to manufacturing smartphones, it also supplies itself with almost every component, from batteries and processors to cameras, memory chips and displays.

So when Samsung unveils its main, flagship smartphone for the year, you better believe that everyone in the industry – from carriers to competitors – is watching very closely.

This year’s flagship, the Galaxy S5, was largely an incremental improvement on its predecessor, with the South Korean tech giant confirming speculation the new device is both dust-proof and waterproof.

Needless to say, both Telstra and Optus have already announced they’re carrying the new smartphone.

Aside from the Galaxy S5, Samsung shocked the industry when it snubbed Google for the latest version of its Galaxy Gear smartwatches. Instead of Android, the new devices will be powered by its own operating system, known as Tizen.

For nearly two decades, Microsoft’s Windows operating system had battled an open source rival, known as Linux. While Linux has struggled to make inroads in the desktop PC market, it has emerged as the dominant operating system for servers.

Meanwhile, in September last year, Microsoft bought the mobile assets of Nokia, along with a licence to use its patents, for $US7.2 billion.

In light of this, there was some scepticism when rumours first surfaced that Nokia was gearing up to release a series of smartphones powered by Android.

At MWC, Nokia confirmed the rumours by unveiling a new smartphone product line powered by Android called the Nokia X series. The new devices will come with Microsoft’s cloud-based apps and services pre-installed and won’t come with the Google Play app store.

Nonetheless, when Microsoft takes control of Nokia in April, it will be selling a consumer product based on Linux. Who would have thought it?

A week before the MWC, Facebook announced it is taking over mobile messaging service WhatsApp for an incredible sum – $US16 billion.

During the keynote, Koum did not disappoint, announcing WhatsApp was launching free voice calls through its app during the second quarter, once the takeover by Facebook has been completed.

No doubt some of the mobile carriers were a little edgy about the prospect of Facebook launching an all-out assault on their lucrative voice call and text message businesses.

This year’s Mobile World Congress marked the one year anniversary of the debut of Mozilla’s smartphone platform, Firefox OS.

For those unfamiliar with the platform, Mozilla is best known for its Firefox web browser. Last year, it announced it was creating a mobile operating system based on Firefox that would compete head-to-head with Google Android, Apple iOS, Windows Phone 8 and BlackBerry 10.

In Firefox OS, all apps basically work like interactive websites and are coded in web standards, including HTML5 and CSS. Since this is less demanding than running a “full” operating system with apps, the theory went that Firefox OS would perform well on low-end devices aimed for emerging markets.

In practice, some of the first Firefox OS smartphones, including the ZTE Open, have left a lot to be desired.

As I explained in Control Shift last week, Mozilla’s expansion drive has left it in a precarious position in the marketplace:

As if the situation weren’t already urgent enough already, Mozilla’s lucrative deal with Google expires in November of this year. In a sense, it’s fitting that [Mozilla founder Mitchell] Baker has taken up trapeze as a hobby, because Mozilla’s in the middle of a high-wire act.

Aside from the seven new smartphones on display, Mozilla also announced that a smartphone costing just $25 would hit the market this year.

Given that, up until the fourth quarter of last year, more than half of all mobile phones sold worldwide were still featurephones, mostly in emerging markets, the $25 phone might just be the big hit Mozilla’s looking for.